When students return to Grissom Hall this fall, they'll see two new features that were added over the summer: an outside water feature and an inside photo wall.

Created by Japanese American sculptor Toru Oba, the sculpture "Balance" allows water to flow from the top of four rocks artistically balanced on a stone base. When Grissom Hall was "reimagined" in 2015, IE alumnus and donor Juan Ernesto de Bedout contributed the piazza in honor of his mother, Berta Molina de Bedout (1924-2012), and included a water feature because she loved the sound of water. On August 8 & 9, Physical Facilities employees installed the finished sculpture in the southeast corner of de Bedout Piazza.

And inside the southwest hallway by Grissom 103, a new photo wall welcomes everyone to the building. Larger-than-life faces of Purdue IE undergraduate and graduate students, groups, labs and awards smile all along the 9.5-x-45-foot mural.

The wall treatment was created to highlight Purdue Industrial Engineering students. Shawn Borga of Creative, Inc., worked with Lead Designer Tony Pawli, IE Operations Manager Leza Dellinger, and IE Communications Specialist DeEtte Starr to combine IE photos into a wall design. After a year and a half of development, the wall was completed on August 3 - in time to greet students and others entering the west side of Grissom Hall. 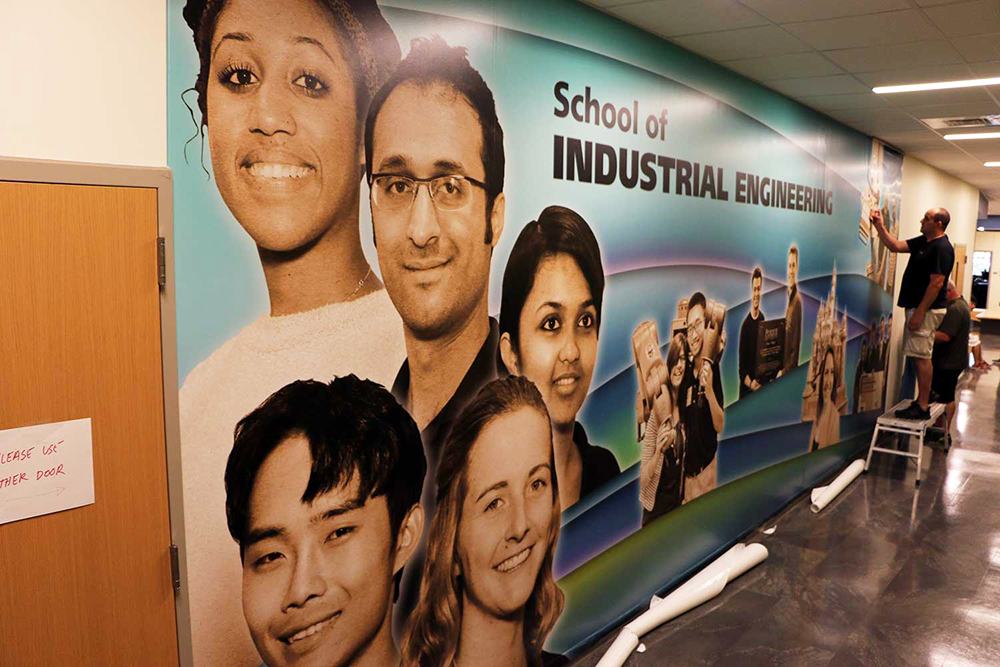 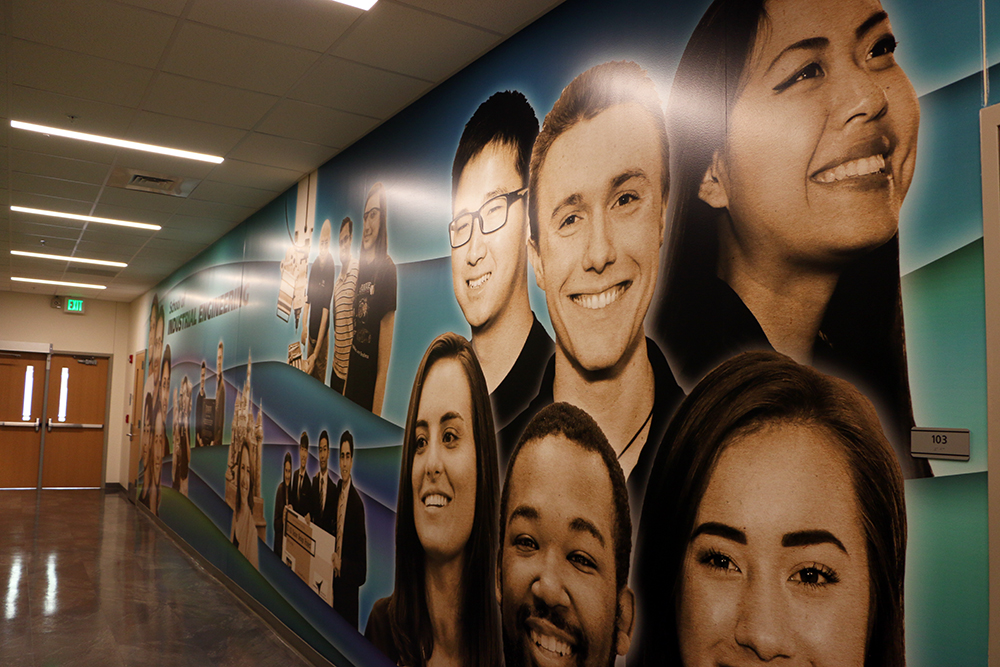