This lecture will attempt to identify some of the causes of imperfections in real pile foundations, and will then examine their possible effects on pile behavior. The imperfections considered arise from two main sources, natural imperfections caused by the geological circumstances, and imperfections related to the construction of the piles. In each case, single piles are considered first, and then pile groups are addressed separately. Case histories are presented to illustrate the effects on pile performance which are predicted by theoretical analyses. The analyses with which these examinations are carried out will still inevitably involve some degree of idealization, but at least attempt to incorporate the key non-ideal aspects. The lecture also discusses the particular problems involved in investigating and analyzing under-performing pile foundations, and will review some methods by which the consequences of imperfections may be overcome or ameliorated.

In 1989, he joined the consulting firm of Coffey Partners International, and is currently a Senior Principal of Coffey Geosciences and Chairman of the Technical Development Group. 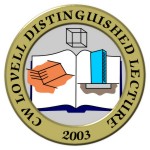