Facilities and Equipment at DCSL

In DCSL, we have two server clusters to perform computation-intensive tasks. For CPU intensive tasks, like high-performance computing, we have multi-core machines with up to 48 CPUs. For GPU intensive tasks, like training machine learning models, we have a small cluster rwith GPU capability, each equipped with high-end NVIDIA GPU cards (P100 GPU cards). Apart from the in-house machines, our researchers regularly run their tasks on public cloud services, like Amazon AWS, Google Compute, and Microsoft Azure. We have an annual research award from Amazon which allows all our researchers to use AWS compute credits.

Researchers at DCSL have access to many lightweight and energy saving IoT devices that are used in evaluating algorithms developed. The latest version of Raspberry Pi 4 Model B is available in the lab.  Researchers at DCSL have used Raspberry Pi as an edge device which collects data from sensors through the IoT network and analyze the data on the edge that can minimize the latency of data processing. 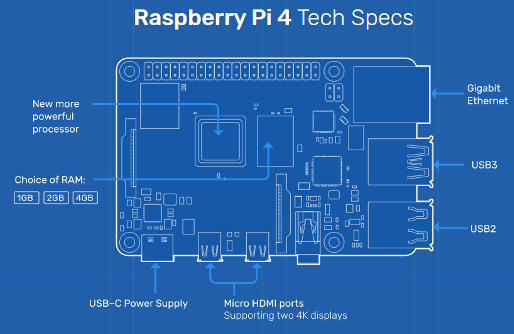 In addition, DCSL also offers a testbed of ARM development boards which allows us to build, test and evaluate various protocols. Currently, the testbed is being used to evaluate the energy consumption in consensus protocols. 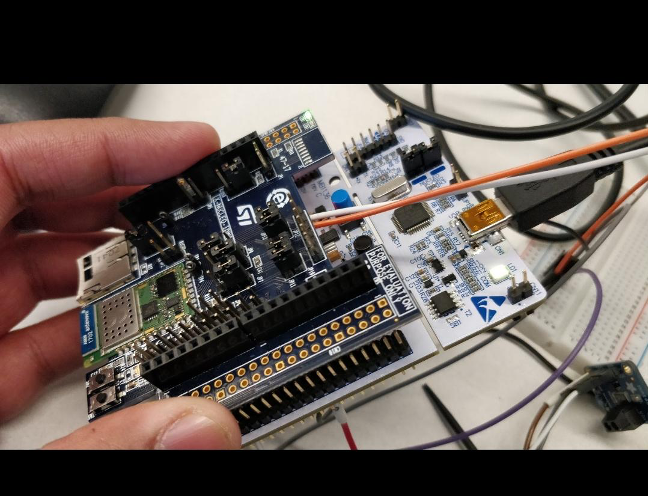 Figure 2. STM32F401RE with BLE Extension Board, used for our distributed embedded security testbed

Table 1. IoT Devices Used in The Testbeds at DCSL 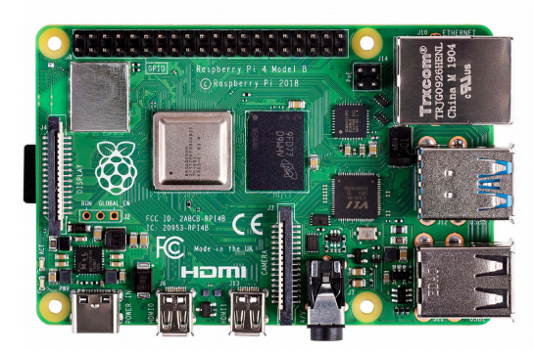 DIGITAL AG TESTBEDS:
Researchers at DCSL have access to edge devices such as Jetson TX2 to implement Deep Neural Networks (DNN). Jetson TX2 is the fastest and most power-efficient embedded AI computing device. This 7.5-watt supercomputer on a module brings true AI computing at the edge. It’s built around an NVIDIA Pascal™-family GPU and loaded with 8GB of memory and 59.7GB/s of memory bandwidth. It features a variety of standard hardware interfaces that make it easy to integrate it into a wide range of products and form factors. [1]
The specification of TX2 is as following: 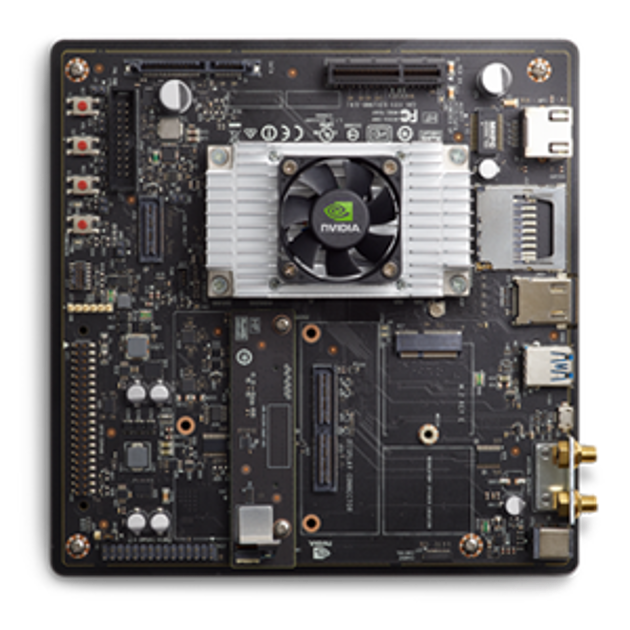 Prof. Bagchi leads the IoT and Data Analytics thrust of the $39M WHIN project (2018-23). We have IoT deployments in experimental farms as well as production farms around Purdue plus deployment on Purdue campus. The farm deployments are measuring temperature, humidity, soil nutrient quality, etc. while the campus deployments are measuring temperature, barometric pressure, and humidity. These are a unique resource for us to experiment with our protocols at scale and under real-world conditions.

Figure 5. IoT workflow for our digital Agriculture theme of the WHIN project

Analytics: On-sensor such as threshold matching, On-edge device such as ARIMA, On-backend server such as LSTM

Deployment: Farms in Tippecanoe, Benton counties, including TPAC and ACRE 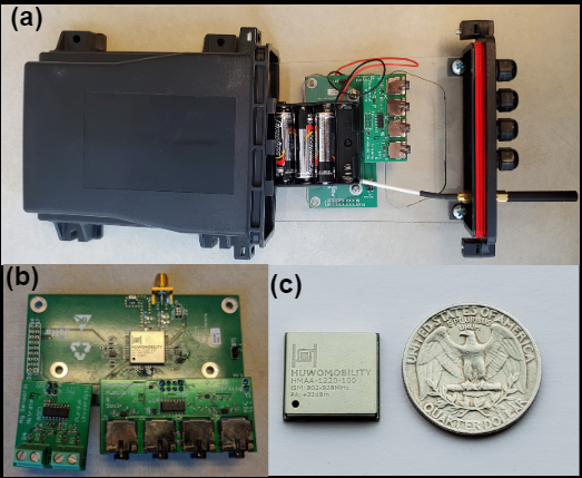 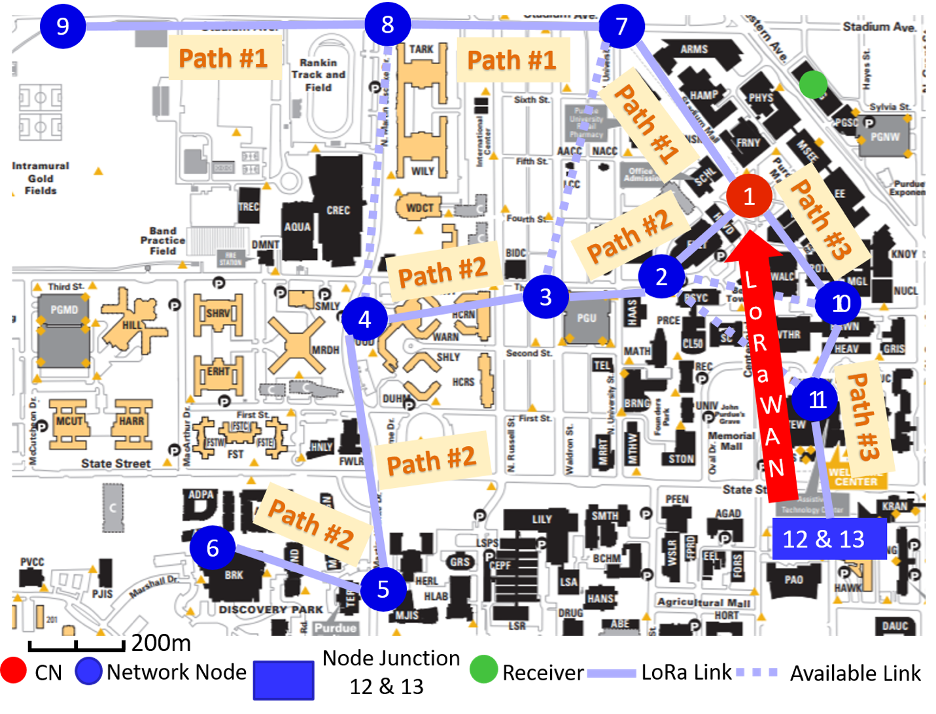 In the campus-scale deployment, we placed 13 LoRa nodes, distributed in a 1.1 km by 1.8 km area of Purdue University campus. All 13 nodes are deployed and continuously operated when experimentation is needed. We have received authorization from campus police for this deployment and there is signage at all the nodes to indicate that these are for research. The figure shows the complete map of our campus-scale experiment where a complete mesh network is established. Each blue dot represents a network node which are randomly and evenly distributed across the entire Purdue campus. The red node represents the location of the center node. The green dot represents the receiver, a laptop connected with SX1272DV K1CAS (LoRa development kit) from Semtech. Each solid line represents the actual LoRa link for the deployed network and the dotted line represents available LoRa links that were not being used. The node junction represents two nodes (node 12 and node 13) that were deployed on purpose at close range and were communicating via ANT instead of LoRa. In addition, three paths that are highlighted represent three distinguished data flows that are formed by the mesh network. For instance, path number 1 represents the path 9 ® 8 ® 7 ® 1. All nodes (including the center node) are located 1 meter above ground level and the receiver is placed on the 3rd floor inside of an office building facing south-east. The furthest node is placed 1.5 km away from the receiver and across more than 18 buildings in between.

Researchers at DCSL have access to piezoelectric sensors and MEMS sensors that measure changes in pressure, acceleration, temperature, strain. The sensors vary in sampling rate (10Hz with MEMS, 3.2kHz with the piezoelectric sensor).  DCSL has been conducting experiments with a motor testbed (shown in Fig. 5) to collect machine condition data (i.e., acceleration) for different health conditions. This data is currently being used for defect-type classification and learning transfer tasks in our research work. 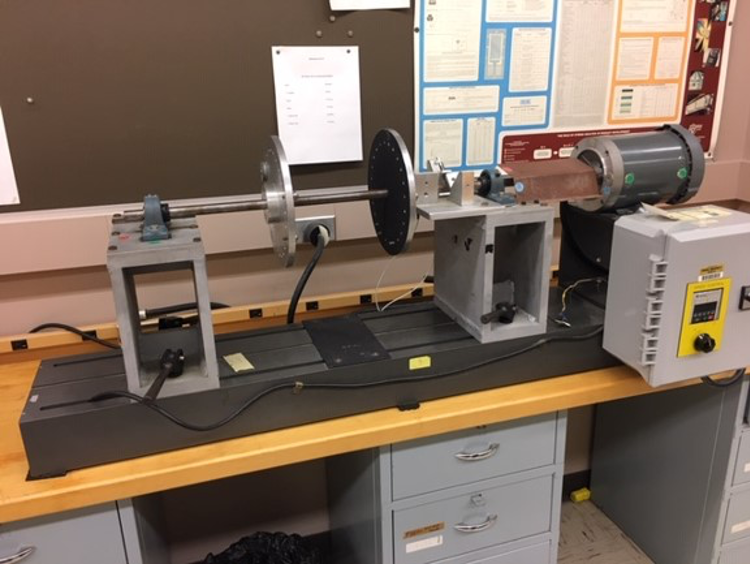 Figure 8. A motor testbed equipped with sensors for measuring vibration at all frequencies

Figure 9. Pizoelectric and MEMS sensors mounted on the motor testbed