From engineer to fashion designer

When COVID-19 shut down America, Danielle Render (T’17, EnE’17) was ready. Her custom clothing company Divine Creations, known by the brand name DVN Co., had already seen the worst before word ever hit American media. She started feeling the pinch in January because DVN’s raw materials come from China, where the first cases of coronavirus were identified. But Render is confident that DVN will survive, thanks to her ability to solve problems — one of many skills she learned from the Purdue multidisciplinary engineering program. 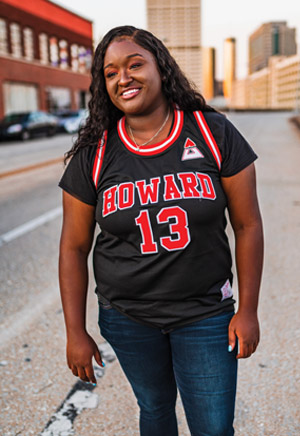 The fashion design business was meant to be a “side hustle” for this engineer. DVN was just a company she created in high school to make T-shirts with designs inspired by the Bible; the name Divine Creations came from those first shirts. During her freshman year at Purdue, Render started making designs for the Divine Nine — the nine historically black Greek organizations. Her company name seemed like destiny then.

But there was no room for clothing design after those first years at Purdue. A bright student, Render started her engineering courses and became further immersed in Greek life as a member of Delta Sigma Theta Sorority. She scored an internship on the project to build the Atlanta Braves stadium her junior year and snagged a coveted internship with Accenture’s Atlanta Innovation Hub her senior year. After graduation, Render was hired as a consultant for Accenture.

The new grad leaped into her work but quickly found herself with too much free time on her hands. She decided to resurrect her apparel company to fill in those idle hours. Instead of T-shirts and graphics, DVN was going to be a source for quality custom clothing, starting with a line of Greek jackets for her Delta sisters. “The truth is, I thought that I was going to be a successful consultant,” Render says. “And so again, this was something that was just a side hobby while I was at Accenture.”

The lessons from her engineering classes came in handy and helped Render bypass some of the common mistakes that new clothing business owners make. “Engineering taught me how to do more with less,” she says. “I learned how to take advantage of the resources that you have.” 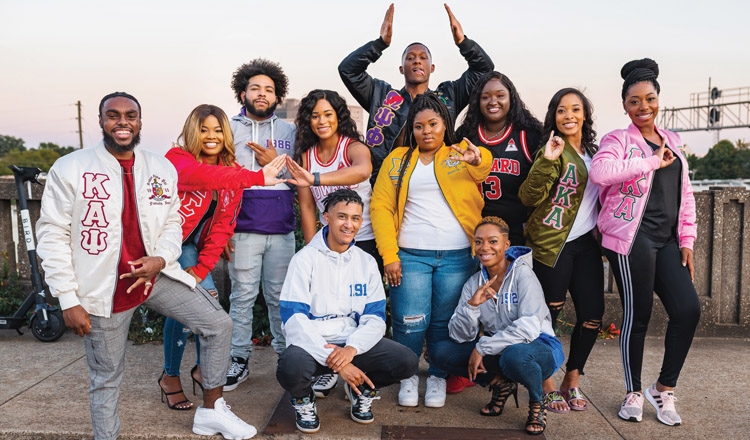 “Engineering taught me how to do more with less. I learned how to take advantage of the resources that you have.”

A few months after Render restarted DVN, she was severely injured in a car accident in spring 2018. She spent the rest of the year in rehabilitation. The injuries sidelined her at work because she couldn’t travel for projects, so DVN became a full-time effort. By the end of 2018, that full-time focus helped DVN crack six figures in sales.

After much soul searching, Render made the difficult decision to leave her job at Accenture in early 2019. By the end of the year, sales had crossed the half-million-dollar mark. Her side hustle had grown into a bustling clothing company.

“My dad always told me, ‘You have to let your light shine,’” Render says. “I used to stress myself out about who saw my light and if I was doing things right. Now I don’t focus on who sees it — I focus on doing what I’m supposed to do so that I can make a positive impact, and I feel like this is my calling.”