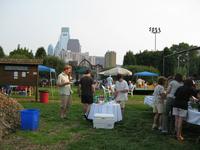 “The garden has for some time now been a melting pot for the neighborhood, a community activity center in some sense.” - Russ Troyer 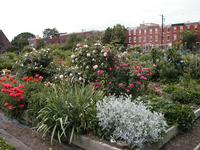 A Family Plot at The Spring Garden
Russell P. Troyer began his Purdue education in the fall of 1968 with hopes to one day design spaceships to Mars - or at least fighter planes - with a degree in aeronautical engineering. It was about halfway through his degree that he learned what aeronautical engineers were actually doing in the field. The jobs didn’t have anything to do with design or anything else as exciting as he had anticipated. Russ knew he needed to make a decision, which is where his story with Interdisciplinary Engineering began. 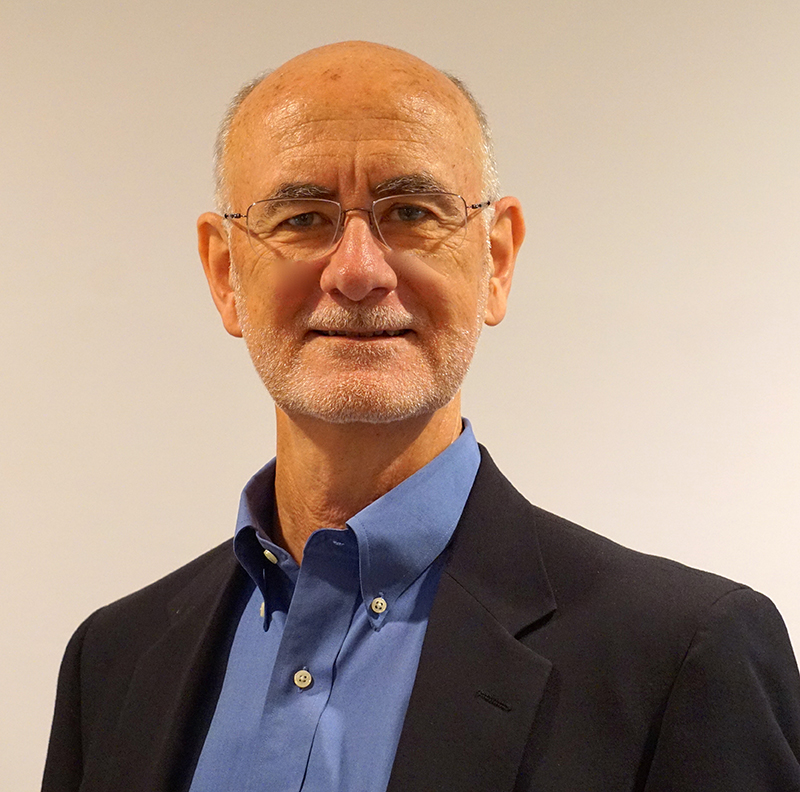 As an only child from Fort Wayne, Indiana, Russ’s parents, both very cautious from living through the Great Depression of the 1930’s, gave the best advice they could offer. “Be practical,” they advised. Russ looked into a few options, including pursuing an additional master’s degree in business (MSIA) from the Krannert School of Management at Purdue. As he considered what might be a practical option, he ultimately chose to blaze his own trail by earning a degree in Interdisciplinary Engineering in 1972.  Russ graduated a year later with his master’s degree from Krannert. While in the IDE program, his concentration included operations research and large-scale systems. “Both fascinated me, probably because of their complexity and they were very math heavy. I was all about math when I was there,” recalled Russ. The flexibility of the IDE curriculum also enabled Russ to prep for the MSIA program. “IDE allowed me to mix it all up and it was the perfect path for me. It was just the right thing at the exact right time,” said Russ.

Russ’s career launched in computer technology at Burroughs Corporation headquartered in Detroit, Michigan. Burroughs was the second largest computer manufacturer at the time behind computing giant IBM. Known for their big mainframe computers, Russ’ programming courses in his master’s degree along with his undergrad experience in operations research made him perfect for the job of automating their manufacturing. His initial role as a systems analyst created the perfect training ground with this large company and their seemingly endless cash flow and state of the art technology. At the time, he and other systems analysts were learning all areas of the company in considerable depth.  “In order to automate something, you have to understand it pretty well and they were heavily into automating their own systems with groundbreaking stuff in terms of manufacturing automation,” stated Russ.

He took on several roles at Burroughs, including software development, project management, and internal consulting positions. He was transferred to Philadelphia in the mid-80’s to co-manage the largest application development in the history of the corporation. He was the technical architect on the top management team of three. “The application today would be recognized similar to SAP,” explained Russ. Burroughs wanted to design their own manufacturing control system to run their entire worldwide manufacturing operation. Further, Burroughs wanted to sell it as a product to tap into the then emergent software industry. Being that they were a hardware developer, Burroughs was not successful in selling and implementing the software for their clients.  Russ and two other top team members, who together knew every aspect of the software and were experts in the manufacturing industry, branched off as a consulting group to help Burroughs with customer service and implementation of their newly developed product. But just as Russ’s new company finished their first job, Burroughs pulled the product and put it on the shelf.

As you might imagine, this quickly became a difficult time in Russ’s life and for their newly formed company. They pushed forward as a new barcoding business but that also met with obstacles. “Barcode data collection in manufacturing was a hard sell in the late 80’s… We were a bit ahead of the curve,” said Russ. He and his wife had three-year-old twins at home and were feeling the burden of the grind of his job.  “There was never any time to relax, long hours and late nights. Everything you’d expect…. Plus I had serious hopes about being a father and what that meant. Things were out of whack,” explained Russ.

In the end, fatherhood won out.  “I’m eternally grateful to my wife for enabling me to be able to stay home with them for two years… It was a big change for me.”  Russ was not just trying to figure out what being a primary caregiver meant but also how his knowledge and experience in computer technology could still be exercised. Now keenly aware of technology in the hands of his own children, he became deeply interested in how it impacted them, both in the present and their future. What would be considered a blog today, Russ started a monthly tech newsletter to discuss technology and parenting. His work with the newsletter kept him updated on his trade while many benefitted from his passion and his interest to share with others. Russ also volunteered with the local police athletic league, setting up their computer systems and networks in their facilities. “I wanted to help get computing and computers into places that otherwise wouldn’t have any opportunity to do so,” stated Russ.

“The hard business edge came off. I was much more interested in people and the impact I had on people with the things I knew how to do. Had I had this wisdom at the start of the career, would I have implemented some of those systems differently? Would I have approached a problem in automation differently? I can’t say for sure, but the kids would have had a different father had I not spent those two years with them. We became and remain very close. It was a wonderful, wonderful piece of my career.”

On Russ’s resume, he has this time prominently stated as a gap. “Those two years are so important to me and they are such a big part of who I am now. I think about what I would be like if I hadn’t done that. It’s not that I was an ogre, it’s just the sensitivities I have; the perspectives I have; and the wisdom I gained…. I really think if you are going to be a father, you owe it to yourself to stay at home with your kids for a year.  It doesn’t have to be two years, but do it, and I can guarantee it will change you for the better.”

Russ, with changed perspectives, was no longer interested in helping with anyone’s bottom line.  When it was time to go back to work once the twins started school, he was hired by the Defender Association of Philadelphia, the public defenders for the Philadelphia courts. They represent nearly 70 percent of all arrests in the city of Philadelphia, which results in 800-900 new clients each week. Before Russ joined, they were conducting business via a sea of typewriters and written paperwork.  With a meager budget, Russ started slowly implementing new computer systems and would introduce new processes that would increase efficiencies. He admitted that sometimes he had to overextend in one area or another by working long days to show the worth of his vision; “seeing is believing.” But he kept his pledge that he would never overspend and in his 20-year career there, he kept that pledge.

“I felt it was important work. I would see attorneys come back from court in tears just because of the things they encountered. And yes, a lot of the clients were guilty, but there were some that were not, and that’s what it’s all about. I was really interested in helping these people do what they did and I was just in awe that some of these were Yale attorneys, Harvard attorneys, and they’re doing their best professional job for this person they know damn well is guilty. And the reason they’re doing it is because that is what the constitution demands and so they were making it come alive.  I wanted to make their life as easy as I could because everything else about how they were doing it was hell.” 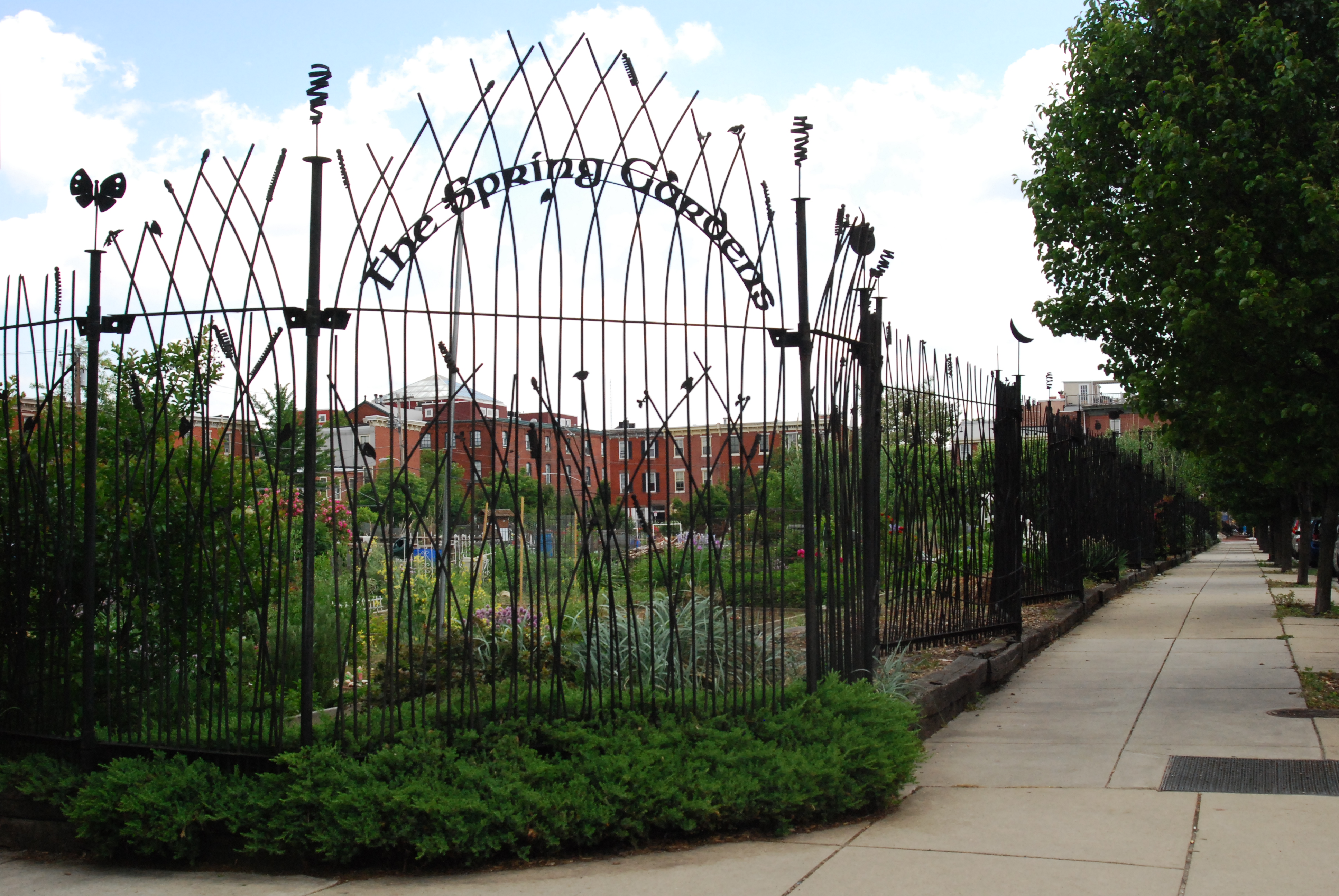 Russ is now looking for his next project and resides in Philadelphia with his wife Anne. Their twins Robert and Jillian have graduated from college. Robert earned a degree from Wesleyan University and Jillian earned degrees from the University of Pittsburgh and University of Tübingen. Russ and Anne stay busy with a community garden that they helped start in their neighborhood over 20 years ago.  There are now 185 families who garden 10x10’ and 10x20’ plots with a 2-year waiting list to join. “The garden has for some time now been a melting pot for the neighborhood, a community activity center in some sense,” stated Russ. For example, they sponsor annual Christmas tree sales, host several parties yearly, weddings and memorial services are conducted there, companies have had outings and launch parties, and the list of community uses goes on and on. Local schools and day cares have plots for educational learning and outings. In addition to fun and recreation, the garden also serves as a source of stewardship. City Harvest, headed in the garden by his wife Anne, is one example of a program partnering with the Pennsylvania Horticulture Society. The society provides the plants and seeds to produce vegetables that will eventually be donated to food cupboards, shelters and soup kitchens. Over the last several years of the partnership, the garden has produced approximately 1500 pounds of fresh, organic produce annually with this year pushing 2000 pounds. “Everyone in the garden is justifiably proud. I think this is probably a minimum of what our garden should be doing considering its size. It is definitely one of the ‘give-backs’ of the garden.”

We recognize Russ as our 2018 Interdisciplinary Engineering Outstanding Alumni for his career achievements and his exemplary commitment to family and community. Russ’s unique story reminds us that a work-life balance can not only be achieved, but celebrated with great Boilermaker Pride!