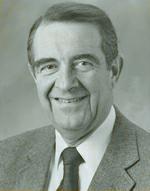 He has received many honors both in the U.S. and abroad. Among these are: Election to the National Academy of Engineering; Hero Award of American Society of Civil Engineers; Honorary Doctorate from the University of Brussels, Belgium; The Alexander von Humboldt Prize; and Distinguished Engineering Lecturer at many national and international universities; and most recently, Chevalier of the Legion of Honor (France).

He has written 4 technical books (Groundwater and Seepage, 1962; Foundations of Theoretical Soil Mechanics, 1966; Mechanics of Particulate Media-A Probabilistic Approach, 1977; Reliability-Based Design in Civil engineering, 1987; all published by McGraw-Hill) as well as a novel The Great Affair (www.amazon.com) and a number of chapters in other technical books, and has authored or coauthored over 100 refereed papers.

He resides in Rhode Island in the summer and winters in Longboat Key, Florida.

Board of Directors of Indiana Joint Highway Research Project (1969-1972)

"International Journal for Numerical and Analytical Methods in Geomechanics"(1978-1988)

Highway Research Board Committee on Stresses in Earth Masses