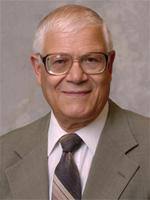 Honors & Awards
Recipient of the Grand Trophy Talbot Abrams Award for Best Research Paper, Rigorous Mathematical Modeling of Airborne Pushbroom Imaging System, May, 2001. Professor Mikhail was presented, in October, 1999, a Certificate of Recognition from the National Reconnaissance Office (NRO) which states: Edward Mikhail is hereby recognized with the Team Award for exceptional performance and outstanding contribution to the mission of the National Reconnaissance Office. This is the second year in a row Dr. Mikhail has been recognized by the NRO. Selected as Honorary Member of the American Society for Photogrammetry and Remote Sensing (March, 1999), the highest professional distinction bestowed since no more than only 25 members can hold it at any time. Technical Recognition Award from the U.S. Government National Reconnaissance Office, NRO; the citation on the Certificate of Appreciation stated: In Recognition and Appreciation of your Dedicated Service to the IMINT Directorate, 1998. Technical Recognition Award from the U.S. Government Office of Research and Development; the Citation in the Certificate of Appreciation stated: In Recognition Of His Invaluable Contribution To The MSP (Model Supported Positioning) Project. MSP Could Not Have Succeeded Without Him Providing Superb Technical Expertise. December 1997.