Hydraulic and Hydrologic engineers work to prevent floods, to supply water for cities, industry and irrigation, to treat wastewater, to protect beaches, and to manage and redirect rivers. In the hydraulics and hydrology profession you will be using scientific study of the properties, distribution, and circulation of water on the surface of the land, in the soil and underlying rocks, and in the atmosphere.

In Civil Engineering's Hydraulic and Hydrologic Engineering specialty group, also sometimes termed Water Resources Engineering, you will deal with problems and issues involving the flow and storage of water. Specific applications have traditionally arisen in urban drainage, measures for mitigating the effects of floods and droughts, water supply, water treatment, and coastal protection. More recently, the flow implications for water quality have become of greater concern, and the transport of sediment, nutrients, and pollutants in natural or engineered watercourses has received greater attention. The Hydraulic and Hydrologic Faculty members are particularly interested in applying the latest software and hardware technologies to investigate, understand, and model fundamental flow and transport processes with the widest range of applications. Research opportunities may be found in projects dealing with turbulent flows, watershed hydrology, environmental hydraulics, and contaminant transport. The Hydromechanics and Burke Research Laboratories give undergraduate and graduate students hands-on learning opportunities to expand their experience here at Purdue.

Ph.D. student Richa Ojha has been named the recipient of the Fall 2014 CE Best Dissertation Award.

Assistant Professor Cary Troy has been named the recipient of Purdue's new Exceptional Early Career Award. The award was created by the Office of the Provost and the Murphy Award selection committee to recognize outstanding undergraduate teaching among Purdue's early career, tenure-track faculty. 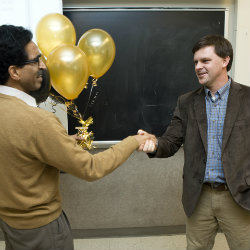 Researchers from Purdue University are spending a week aboard a scientific vessel in Lake Michigan, tracking a fluorescent plume of dyed water to study how currents transport contaminants and aquatic life. 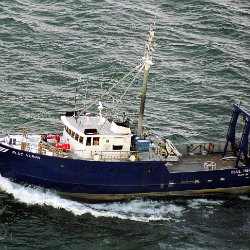 Boaters and beach-goers visiting the Indiana shoreline of Lake Michigan now can learn current conditions such as water temperature, wind speeds and other information provided by a new environmental sensing buoy.

Dr. A. Ramachandra Rao, Professor Emeritus of Hydraulic and Hydrologic Engineering, received the Ven Te Chow Award from the Environmental and Water Resources Institute of the American Society of Civil Engineers. 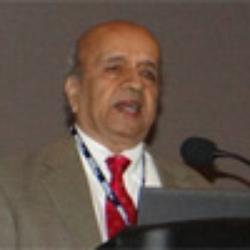 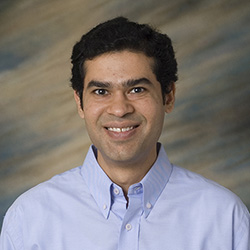 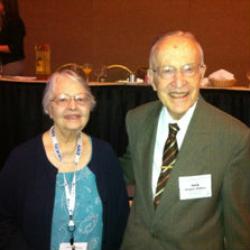 Congratulations to Sanjiv Kumar, a Ph.D. student in hydraulics and hydrology, for winning the Outstanding Student Paper Award at the American Geophysical Union's 2010 Fall Meeting. 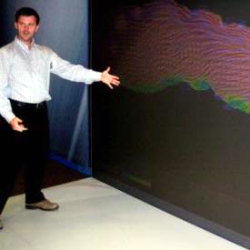 The School of Civil Engineering has dedicated a new civil engineering laboratory housing advanced hydrology and hydraulics facilities for teaching and research related to water resources. 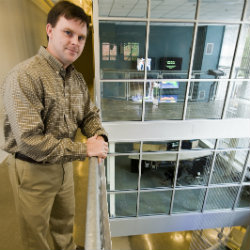 Prof. Cary Troy and a team of researchers are using a robotic submarine and other specialized tools in Lake Michigan to gather biological and environmental data showing how young fish vital to the ecosystem may cope with future climate change. 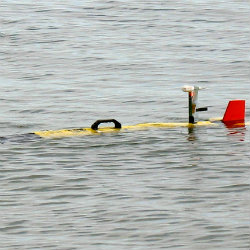 Congratulations to Shivam Tripathi, recognized with a Best Challenge Paper Award at the Third International Workshop on Knowledge Discovery from Sensor Data. 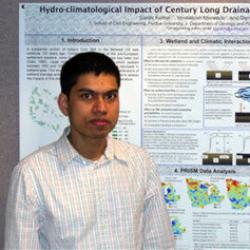 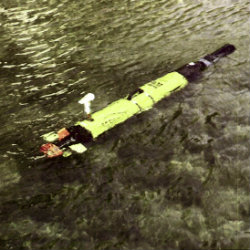 Professor Emeritus Jack Delleur is the recipient of the 2007 Ray K. Linsley Award. This award was established in 1986 to recognize individuals who have made outstanding contributions in surface water hydrology. 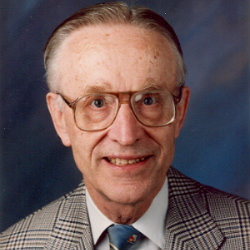 The Purdue University board of trustees approved the appointment of Professor "G.S." Govindaraju as the Christopher B. and Susan S. Burke Professor of Civil Engineering, effective September 29, 2006. Professor Govindaraju specializes in the hydraulics and hydrology area. 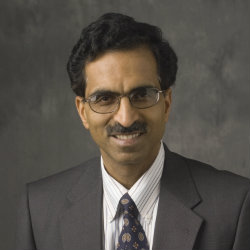 The $1.5 million ten-year pledge from Chris and Susan Burke establishes the Christopher B. and Susan S. Burke Professorship. 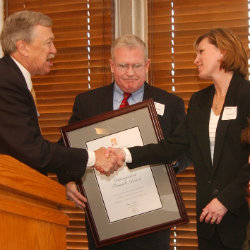