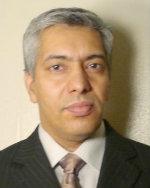 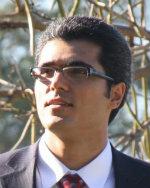 Dr. Mazhar Arshad, Dr. Faraz Tehrani, Prof. Monica Prezzi, and Prof. Rodrigo Salgado are the 2015 recipients of the Geotechnical Research Medal from the Institution of Civil Engineers (ICE). Both Dr. Arshad and Dr. Tehrani obtained their Ph.D. degrees at Purdue University in 2014. The award was given to the researchers for the paper entitled "Experimental study of cone penetration in silica sand using digital image correlation" published in Géotechnique (Vol 64, Issue No 7). The paper was selected as the best geotechnical paper published by ICE in 2014 and will be made available for all to read in perpetuity on the ICE Virtual Library.

The Geotechnical Research Medal was established by an endowment by the late Professor A.W. Bishop and is awarded annually to the author(s) of the best contribution in the field of research in geotechnical engineering published by ICE in the previous year. The medal will be presented to the authors at an awards ceremony being held in October 2015 at the ICE, in London.

The research work reported in the paper, which was partly funded by the National Science Foundation (NSF) under grant # 0969949, focuses on results of experimental investigations of the cone penetration test performed in a half-circular calibration chamber that allows visualization of the penetration process. Cone penetration in soils is part of a challenging class of problems – which also includes installation and loading of pile foundations and anchors, the interaction between piles in a pile group and the interface response of soils with steel, concrete and other materials – in which soil, a highly nonlinear material, experiences large displacements, large rotations and extreme deformation. The researchers used the Digital Image Correlation (DIC) method to analyze the images collected during penetration and produce the soil displacement and deformation field around the advancing penetrometer.

The DIC chamber was developed in its entirety at Purdue University and is housed in the model pile testing facility in the Bowen Large-Scale Laboratory. It offers Purdue researchers the ability to study the most complex problems in Geomechanics and onshore and offshore foundation engineering.