Although the essential technical foundation for jet propulsion for either airbreathing or rocket engines was known prior to World War II from the work of Whittle, Von O'Hain, Goddard, and Von Kármán, their real potential was not realized until their development into operational systems during World War II. The air breathing jet propelled ME262 and the Gloster Meteor aircraft ignited a completely new era in atmospheric flight. The rocket propelled V-2 ushered in a propulsion system that made possible space flight outside the earth's atmosphere. 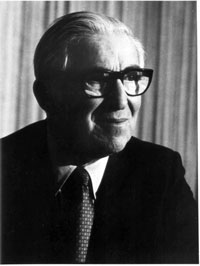 Recognizing the potential of the field of jet propulsion, Purdue University's Dean A.A. Potter and the newly appointed President Fredrick Hovde initiated an industry wide search for a man qualified to establish, primarily, a course in graduate instruction coupled with a supporting fundamental research program. They found Dr. Maurice Zucrow, who was currently employed as an engineering technical assistant to the Executive Vice President of Aerojet Engineering Company in Pasadena, California. Aerojet was one of the pioneering companies in the field of rocket propulsion systems and was organized in 1942 by Theodore Von Kármán with such future luminaries as Martin Summerfield and Frank Malina on the staff as Vice Presidents. An offer was extended to Dr. Zucrow in April 1946 of a position of Professor of Gas Turbines and Jet Propulsion in the Schools of Mechanical Engineering and Aeronautical Engineering. Dr. Zucrow accepted the offer and joined the Purdue University Staff in September 1946. Professor Zucrow immediately set about setting up a course in jet propulsion and published his groundbreaking text entitled Principles of Jet Propulsion and Gas Turbines.

It soon became evident that a major physical facility was needed to provide adequate space for the envisioned analytical and experimental programs. Funds for such a program were not available at that time from outside industrial sources. Some space was made available in the east hangar of the Purdue University airport with limited experimental area adjacent to the offices. The need to conduct experimental rocket engine firings meant that the hangar space was not a place for such hazardous endeavors. Dr. Zucrow discussed this problem with the Office of Naval Research (ONR) who requested a proposal for funding the construction of a liquid rocket test facility. The response was positive in that a grant for $20,000 was awarded to Purdue University. The ONR funds were matched by the Purdue Research Foundation for the construction of a rocket facility on a plot of land on the northwest corner of the Purdue University airport made available for that purpose by President Fredrick Hovde. 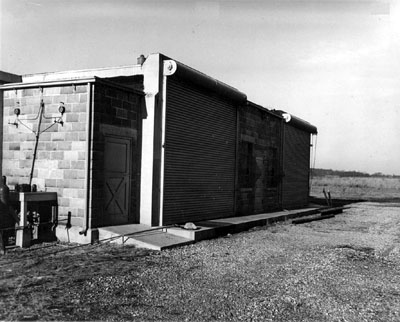 The Rocket Propulsion Laboratory, constructed in 1948 with the available funds, provided space for two rocket motor firing cells, a common control and instrument room, a small machine shop for rocket motor construction, a chemistry laboratory, and space for three onsite graduate student desks with use based on a first come first served basis. Since there was no electric power supplied to that part of the airport, power was supplied by four-cylinder diesel electrical generator set obtained as war surplus from the Navy. 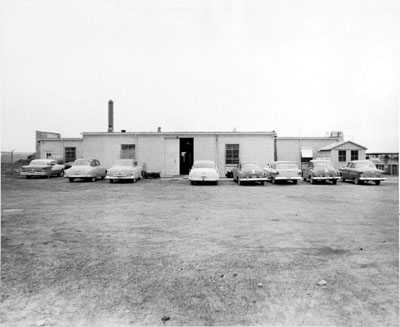 There was also no telephone service to the remote location of the laboratory. To provide communication with Dr. Zucrow's office in the Aero Space Sciences Laboratory at the Purdue airport, one mile away, an army sound power field telephone, operated by a hand crank, was also obtained as war surplus. Lines were strung on existing fence posts. Needless to say, this system was subject to numerous failures during heavy rains and winter snows. An enlargement to the machine shop, an instrument storage room, and graduate student office space additions made in 1951 provided space for two additional rocket motor cells and control rooms. After a failure in the war surplus electric generator the budding Jet Propulsion Center, as it became known, was connected with Purdue University power, water, and telephone service in 1951. The additional test cell space allowed expansion of the rocket research from the initial work on investigation of the effects of high chamber pressure operation on performance and heat transfer to ignition characteristics of propellants and droplet combustion. Techniques for obtaining rocket propellant ignition delays developed at Purdue became the industry standard for many years. 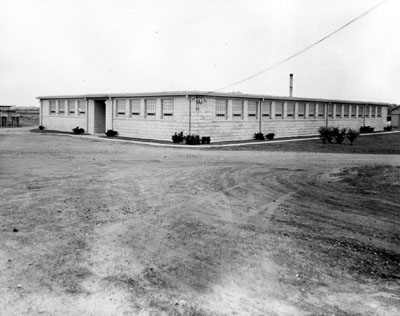 The construction of the Combustion Laboratory was initiated in 1952 to provide much needed on-site office space for Dr. Zucrow, his assistants, two secretaries, and several graduate students (space for three component test cells and control rooms was provided). Due to the growing number of graduate students now in the program, an instructional classroom was also incorporated. To provide for the design of research rigs, a drafting room was included in the proposed building. Construction of the Combustion Laboratory was completed in 1953.

Extensive remodeling of the Combustion Laboratory was done in 1955. The test cell wing was extended by the addition of four test cells and control rooms. Two large rooms, having high ceilings, formed a new wing of the building. 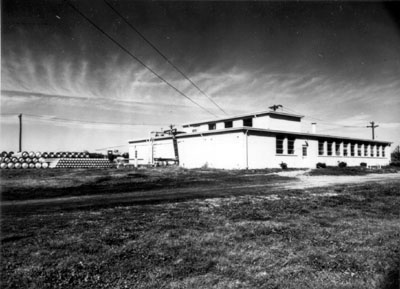 The construction of the Gas Turbine Laboratory was undertaken to provide space for an enlarged machine shop, three gas turbine component test cells and control rooms, two Navy surplus high-pressure air compressors, a welding shop, and an experimental equipment assembly room. The air compressors were to be employed to fill a bank of surplus torpedo tanks used for gas storage. The Gas Turbine Laboratory Building was completed in 1954. 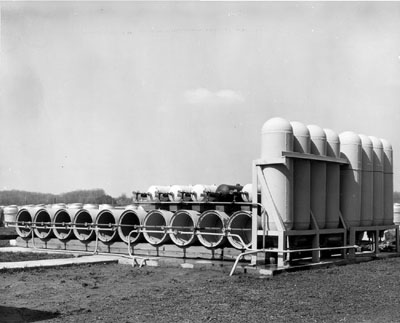 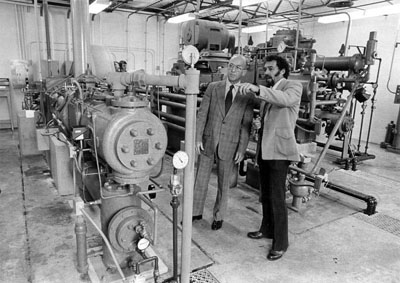 Following many years of use, the two surplus high-pressure air compressors outlived their life expectancy and were replaced by four new air compressors in space provided in a new addition to the original Gas Turbine Laboratory building. Funds for the improved air facility were provided by Ingersoll Rand and Purdue University. 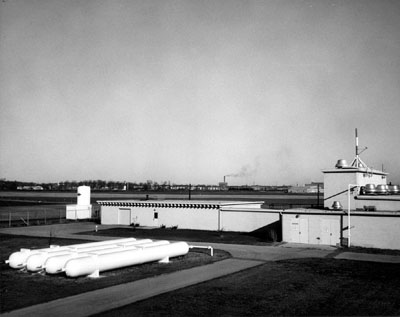 During the latter half of 1965, the U.S. Government decommissioned a number of Atlas soft launch installations. The equipment from four of these rocket sites in Wyoming were given to NASA. The large high-pressure gas storage tanks used with these systems were made available to the University by NASA. Purdue University was able to obtain four of the very large tanks and nine of the smaller ones. The large tanks were installed at the High Pressure Rocket Laboratory to store high-pressure air. The smaller tanks were also incorporated in the high-pressure air storage facility supplying air to the Combustion Laboratory, giving a combined capacity of 3,000 cubic feet of high-pressure air storage available to all the laboratory buildings. Experimental research in supersonic flow as well as supersonic combustion could now be initiated with the high pressure (2200 psi) and large storage volume now available throughout the laboratory.

The construction of an administrative center was started in 1965. Chaffee Hall, as it was later named, was designed to provide office space for Dr. Zucrow, twelve teaching staff members, thirty graduate students, and three secretaries. A large auditorium, computer room, drafting room, and storage vault for classified documents were also included. Although the computer room initially contained only a punch card system requiring drawers of card decks to be carried to the main computer on campus some two miles distant in the late 1960s a line hookup was established with the main computer and at present a fiber optic connection permits high speed access to an IBM SP with 80 compute nodes and 272 processors, and clusters of IBM RISC System/6000 systems. 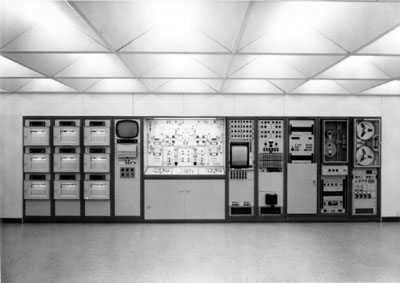 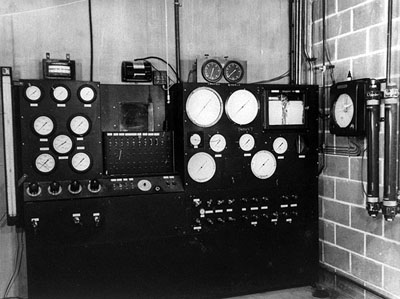 In 1998, on the occasion of the Fiftieth Anniversary of the then named Thermal Sciences and Propulsion Center, the research complex was renamed in honor of its founder, the Maurice J. Zucrow Laboratories. 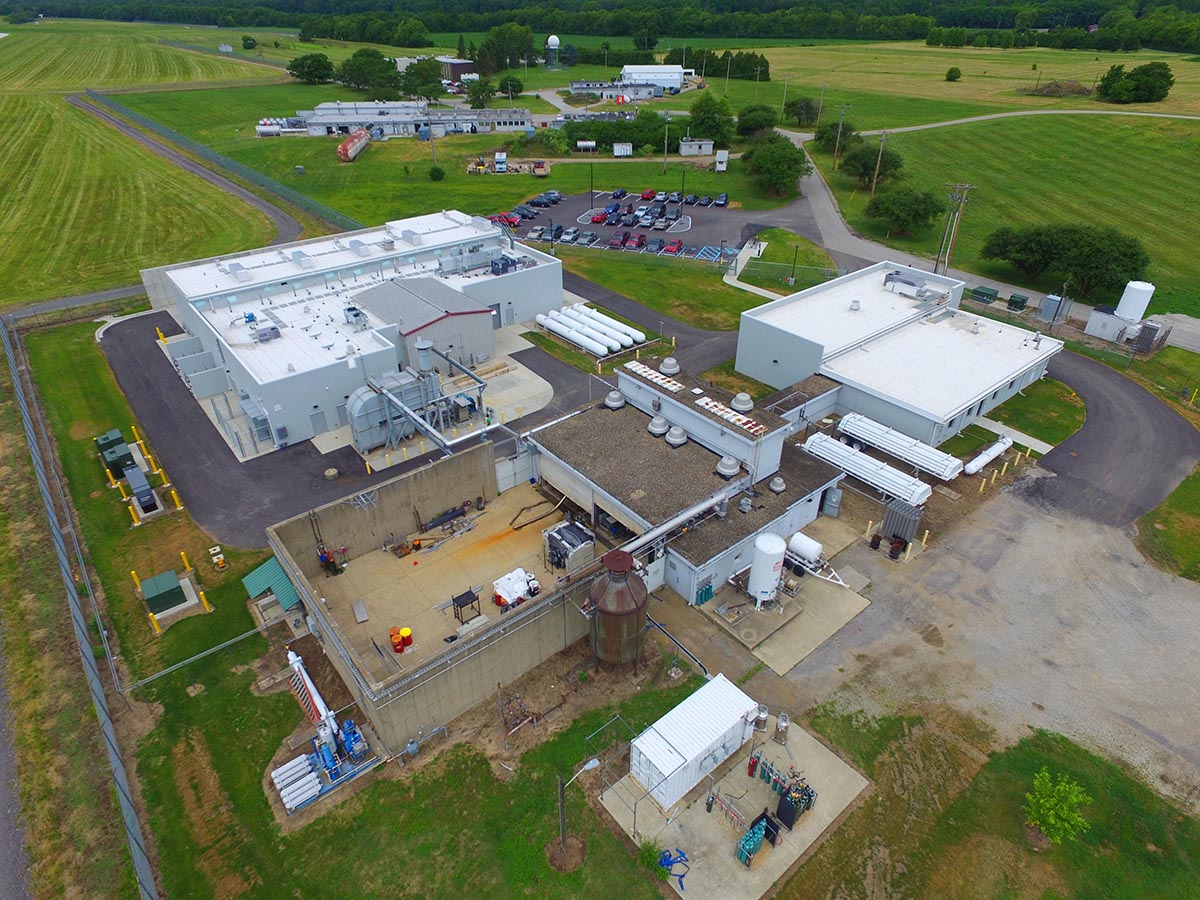