The persistent pursuit of bringing dignity to the homeless and forgotten: Rebecca's Journey to Become a Humanitarian Engineer

Like many of her peers, Rebecca Dever ('21 MDE) entered the First-Year Engineering Program not certain of which engineering discipline she would study. Through the program's career exploration opportunities, she quickly found her identity and pathway with a new concentration in the Multidisciplinary Engineering Undergraduate Degree Program. But before we talk about her specific pathway, this story must first take you back to the remarkable beginning of Rebecca's journey - in a potter's field. 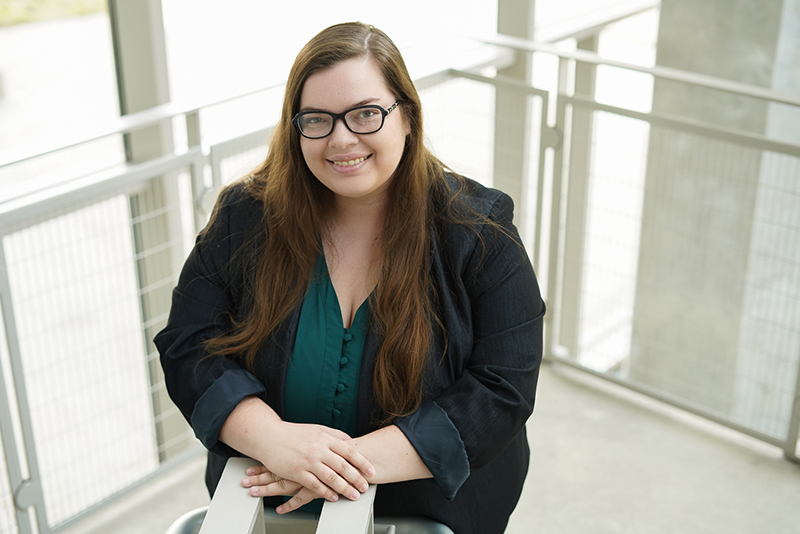 A potter's field can be found in most every city in the United States. It is the final resting place for the unclaimed and homeless, and many of those still unclaimed without a marker or record to be found. For Purdue alumna Rebecca Dever from Louisville, Kentucky, it was the current state of her local potter’s field, River Valley Cemetery, that inspired her pursuit of humanitarian service. “I discovered this place and it felt like no one cared for them and they were forgotten. I decided that I wanted to change this, and I was going to fix it,” said Rebecca. 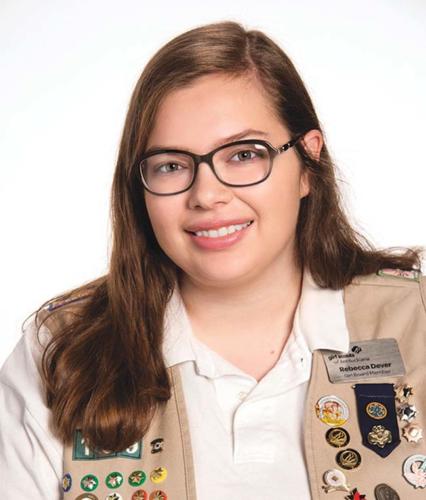 Before arriving on Purdue’s West Lafayette campus in the fall of 2017 as a First-Year Engineering (FYE) student, Rebecca spent several years on a cemetery service revitalization project. The project would eventually reward her with a gold award from the Girl Scouts of America and other awards from the State of Kentucky followed. We only learned about this through an inquisitive FYE Academic Advisor, Laurie Snyder (now a senior academic advisor for Agricultural and Biological Engineering), asking Rebecca about her fall break. It went something like, “I went to a dinner back home. I was there to receive an award.”

After that humbling advising session and many prompts to learn more, with permission Laurie passed along her conversation about Rebecca’s unique fall break. A day trip to walk the cemetery with Rebecca just a few weeks later will tell the rest her story.

To understand the magnitude of this project and why Rebecca’s impactful work is still significant today, readers must know this: Through her persistence of the multi-year project and countless hours, she located hundreds of the unclaimed and homeless, created a database, and then published it on findagrave.com. Her grandfather walked the cemetery with her during the discovery phase. “There were a lot of people who we found that weren’t in the database. It was a victory for us when we found someone not on the list,” said Rebecca. It was shortly after that the emails started coming in with thanks and deep gratitude for finding lost loved ones. The first email read, "Me and my sister were really little when our dad died. We didn't know where he was and no one could tell us. You found our dad!" Rebecca's persistence for others came full circle. "That was the greatest moment," said Rebecca.

And she didn’t stop there. She fixed an issue with the grave markers by raising money for new headstones for everyone buried there, ensured new cemetery signage, and also raised money to repair the battered shelter topped with a new roof. Families can now visit the cemetery and know exactly where their loved one can be found. And all of this happened BEFORE she gained the knowledge of the engineering design process at Purdue University.

To know her story, we rewind to show you Rebecca shortly after fall break of her freshman year. As mentioned above, we filmed her interview at the cemetery over the Thanksgiving break. Learn how she conducted her cemetery project, the hardest part that took her the longest to process, and the teaser of what was to come for her time at Purdue.

“Service is really a passion of mine. It thinks it’s my calling. We’ll see where I go.”  Rebecca Dever, 2017

Humanitarian Engineering was a new concentration in the Multidisciplinary Engineering Undergraduate Degree Program at the time of her arrival to Purdue. Fast forward, Rebecca graduated this May as one of our few but growing list of humanitarian engineers. Knowing how Rebecca started her journey at Purdue, we caught up with her shortly before the memorable commencement that took place in Ross-Ade Stadium in early May. Learn about her degree pathway, her experience in EPICS and the Women in Engineering Program, her favorite memories at Purdue, and advice for incoming engineering students.

In reflection, it was as if the humanitarian engineering concentration in Multidisciplinary Engineering at Purdue was created just for her and just in the nick of time.