Matthew Janszen, a '05 IDE Alumnus and Acoustical Engineer, composed the score for 'Fatal Affair,' Netflix's new thriller, among many other shows you might recognize.

Netflix is spicing things up this month with their latest release, Fatal Affair. Below, we’ll get to talk to the composer behind the new Netflix thriller, Matthew Janszen.

Bottom line, if you like similar titles such as The Intruder, Obsessed and The Perfect Guy, you will like Fatal Affair. Adding to the psychological drama is the original score by Matthew Janszen. Janszen’s main goal for the film’s score was to create a sound that captures the unraveling of David’s character.

He does this precisely, while adding to the suspense and drama. We spoke with Janszen more in depth about his work on Fatal Affair, as well as his other Netflix project, Archibald’s Next Big Thing. 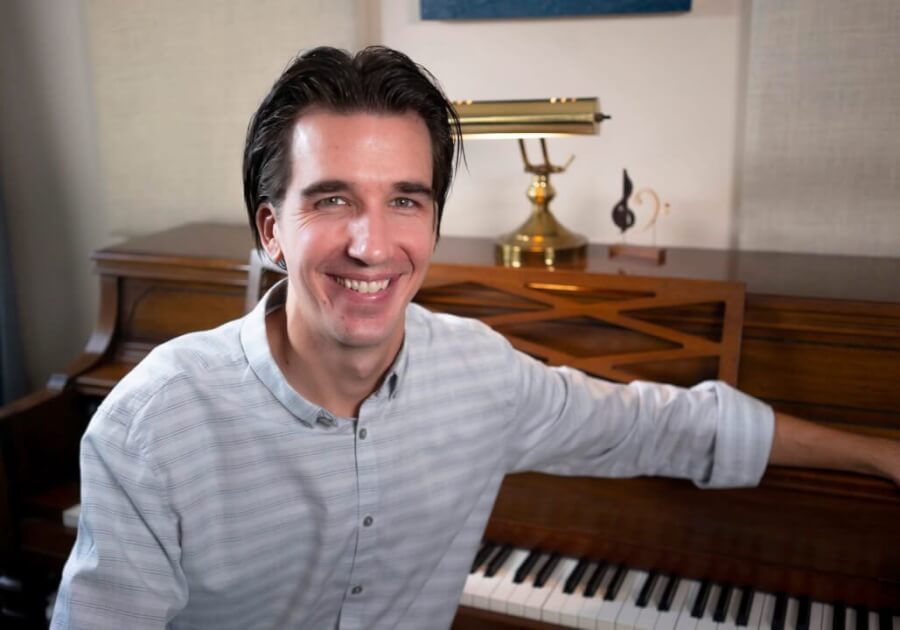 -How did you first get involved with Fatal Affair? What would you say was the initial appeal of the project for you?

The director, Peter Sullivan, reached out to me during shooting and asked if I would like to be involved in the project.  Peter and I have worked on over 20 films together and it’s always an enjoyable collaborative experience, so I, of course, jumped on board!  What appealed to me with this project was the development of the relationship between the two main characters Ellie (Nia Long) and David (Omar Epps).  I like how it slowly burned from harmless, to uncomfortable, to dangerous.  I knew that scoring their relationship would require some restraint as to not tip the scales too dangerous too soon.

-How would you describe your score for Fatal Affair?

After the initial opening sequence, the score is a slow build consisting of two sonic worlds.  The first world representing the relationship between Ellie and her current life with her family.  That world is mostly acoustic and has a bit of melancholy attached to it in the beginning.  To contrast that, the other sonic world is one of synths and some weird mallet-like instruments to represent Ellie as she dips her toe into something that could unravel her life as a result of forming a relationship with David.

–Fatal Affair is a horror/thriller. These types of genres generally tend to be very music heavy because of the tension that is needed, not to mention the jump scares too. Did you feel any extra pressure knowing this?

Every project always has some initial pressure.  I think a lot of that stems from the daunting task of creating something from scratch and hoping to deliver an effective score.  Instead of thinking about what the genre typically needs, I try to go into the project just hyper-focused on the story.  The story will reveal what it needs and once I’ve “unlocked” that, the process begins to flow.

-You have worked with Fatal Affair director, Peter Sullivan, on many films including The Sandman and Cucuy: The Boogeyman. Because of this does he give you more freedom, musically, to decide the tone, etc?

Yes, he does!  After 20 or so films you do build a certain level of trust.  He does give me his initial thoughts and inspirations, but then gives me the freedom to dive in and see what comes.  Even with a certain amount of freedom to explore, it’s still always my goal to deliver the tone that the director wants.

-What is your process like when starting a new film with Peter?

Peter usually contacts me during shooting or during editing to just have an initial conversation about the film.  Peter will usually point out some famous scores that inspire him on the tone of the film.  Now that we’ve done so many films, we also talk about how we can make this upcoming score different than past scores of similar genre.  We both are always looking for ways to keep ideas fresh and interesting.

-You are also the composer of a project that is completely different from Fatal Affair, Netflix’s animated series Archibald’s Next Big Thing. How is scoring an animated project like this different from a live action film?

The overall process of telling and supporting a story with music is the same no matter what genre your pursuing.  The main difference between live action and animation is more logistical than anything else.  There are usually more hit points, or moments to address with music in animation than live action.  Also, an animated show like Archibald’s Next Big Thing is 11 minutes long, so the speed at which the story moves is extremely fast.  As a result, the musical ideas are short and change rather quickly.

-Do you have a favorite episode, musically, of Archibald’s Next Big Thing? Why does it resonate with you?

One of my favorite episodes is “The Baritone Tea” which is in season 2.  I had already written a handful of songs for the show in season 1, at which point they approached me to write 6 songs for a two-part episode.  It was so much fun to write a mini-musical, not to mention work with some of the most amazing singers.  Taylor Trensch rocked Archibald’s singing voice, Ana Gasteyer was incredible as Mimsy, and throughout the series it’s always a joy to work with Jordan Fisher who plays Finly.

-About how long does it take for you to score each episode of the show?

One of the interesting challenges with this show is that each episode is wildly different.  One episode I’m writing full orchestral sci-fi music, the next I’m doing an 80s synth score, and then on to a full-blown musical.  So the time it takes to write each episode varies depending on the task.  The general timeframe is 1-2 weeks to get that first pass done on two 11-minute episodes.

-What are you currently working on?

You can learn more about Matthew Janszen on his portfolio site.