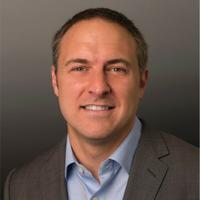 Dr. Bill Chappell, CTO of Microsoft Azure Cloud and formerly Director of the DARPA Microsystems Technology Office (MTO) will address CRISP and the Purdue community. His talk is titled: "Experiences as a DARPA Program Manager and the Competition for the Cloud".

William Chappell will talk about the Microsoft Azure Cloud and next gen capabilities that are being worked. Specifically, he will lay out the next area of competition for cloud adoption, industry specific solutions. These include the government sector and the work that is being done in those technical areas. Additionally, he will reflect on his time at Purdue and working in the government at DARPA to share different choices made in changing careers.

Dr. William Chappell is the CTO of Azure Global. He is currently bootstrapping efforts for Microsoft in Space, Critical Infrastructure, and Secure Hardware Design.

He was formerly the director of the Defense Advanced Research Projects Agency (DARPA) Microsystems Technology Office (MTO). Serving in this position, he focused the office on three key thrusts important to National Security. These thrusts included ensuring unfettered use of the electromagnetic spectrum, building an alternative business model for acquiring advanced DoD electronics that feature built-in trust, and developing circuit architectures for next-generation machine learning. He created and kicked off the Electronics Resurgence Initiative (ERI), the nation’s largest investment in the foundation of electronics. Also, as office director, he helped structure and authorize the Spectrum Collaboration Challenge (SC2), the first DARPA RF grand challenge, continuing his focus on adaptive and collaborative RF systems.

As a program manager at DARPA, he led efforts on adaptive and high-performance RF systems. He developed the arrays at commercial timescales (ACT) and managed the Adaptive RF Technologies (ART) portfolio. These activities led to next generation RF components and systems, such as the RF FPGA, and ultra-high-speed digitizers for direct RF sampling.

Prior to his DARPA appointment, Dr. Chappell served as a professor in the Electrical and Computer Engineering Department of Purdue University, where he led the Integrated Design of Electromagnetically Applied Systems (IDEAS) Laboratory. Dr. Chappell’s research focused on high-frequency components, specifically the unique integration of RF and microwave components based on electromagnetic analysis.