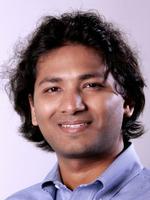 Saurabh Bagchi, PI on the project, Professor at Purdue University
A team of five from Purdue and Princeton have been awarded a five-year grant from the Army Research Lab (ARL) to become an academic partner for the Army Artificial Intelligence Innovation Institute (A2I2). The team is led by CRISP Director, Saurabh Bagchi (PI), includes CRISP faculty David Inouye and Somali Chaterji, and also the Purdue Dean of Engineering Mung Chiang and Princeton faculty Prateek Mittal.

The project has been funded as part of the Army Artificial Intelligence Innovation Institute (A2I2). The funding is for $3.7M over 5 years. It is going to bring to the autonomous operations of the army in the future secure and distributed machine learning algorithms. The team is hiring multiple Graduate Research Assistants and Research Scientists.

The U.S. Army is investing $72 million in a five-year artificial intelligence fundamental research effort to research and discover capabilities that would significantly enhance mission effectiveness across the Army by augmenting soldiers, optimizing operations, increasing readiness, and reducing casualties. The Army effort is led by the Combat Capabilities Development Command (CCDC) of the Army Research Laboratory (ARL) based in Adelphi, Maryland.