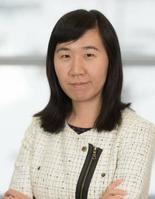 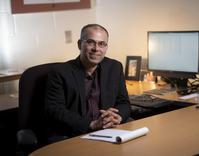 Prof. Saurabh Bagchi, Director CRISP
Adobe Research has invested in research by CRISP faculty through two unrestricted research awards, to Profs. Jing Gao and Saurabh Bagchi. This followed two Adobe Research-CRISP events held in November, organized by CRISP and Dr. Tom Jacobs, head of Adobe Research Systems Technology Labs. Further discussions are continuing with other faculty whose projects have been identified as being of interest.

Adobe Research, through its Systems Technology Lab based in San Jose headed by Dr. Tom Jacobs, has been engaging with CRISP researchers for several months. This led to two sessions spread over two days of research discussions where about 10 faculty members from CRISP and a comparable number from Adobe Research participated in discussions. At the first session, Adobe Research personnel presented their ongoing research projects and unmet needs. At the second CRISP faculty responded to these presentations with their ongoing projects and proposed ideas. This has resulted in two unrestricted research fundings for projects proposed by Prof. Jing Gao and Prof. Saurabh Bagchi. Discussions are ongoing with the expectation of more joint projects being unveiled in the beginning of 2021.

The project by Prof. Jing Gao is on anomaly detection from multiple sources, such as, unstructured text data. The project by Prof. Saurabh Bagchi is on fault-tolerant execution of serverless applications. Each project has a technical collaborator identified within Adobe Research who is expected to participate actively in the projects.