Real-world acoustic signals such as speech and music have energy over a broad range of frequencies. Cochlear mechano-electrical signal transduction is characterized by level- and frequency-dependent non-linearities. These non-linearities have profound implications for the neural coding of complex sounds even at the level of the auditory nerve. Furthermore, diverse groups of neurons distributed across several brainstem nuclei perform distinct signal processing tasks on complex signals, to extract and efficiently code meaningful features. This processing often involves across-frequency interactions between neural excitation and inhibition.

We  have previously studied the neural coding of synthetic speech sounds and complex sounds evoking a musical pitch percept in the discharge patterns of neurons in the cochlear nucleus. A major focus of that work has been the effects of sub-optimal listening conditions in neural coding (e.g., presence of background noise and reverberation).

Figure 1: Coding of the (ambiguous) pitch of complex sounds 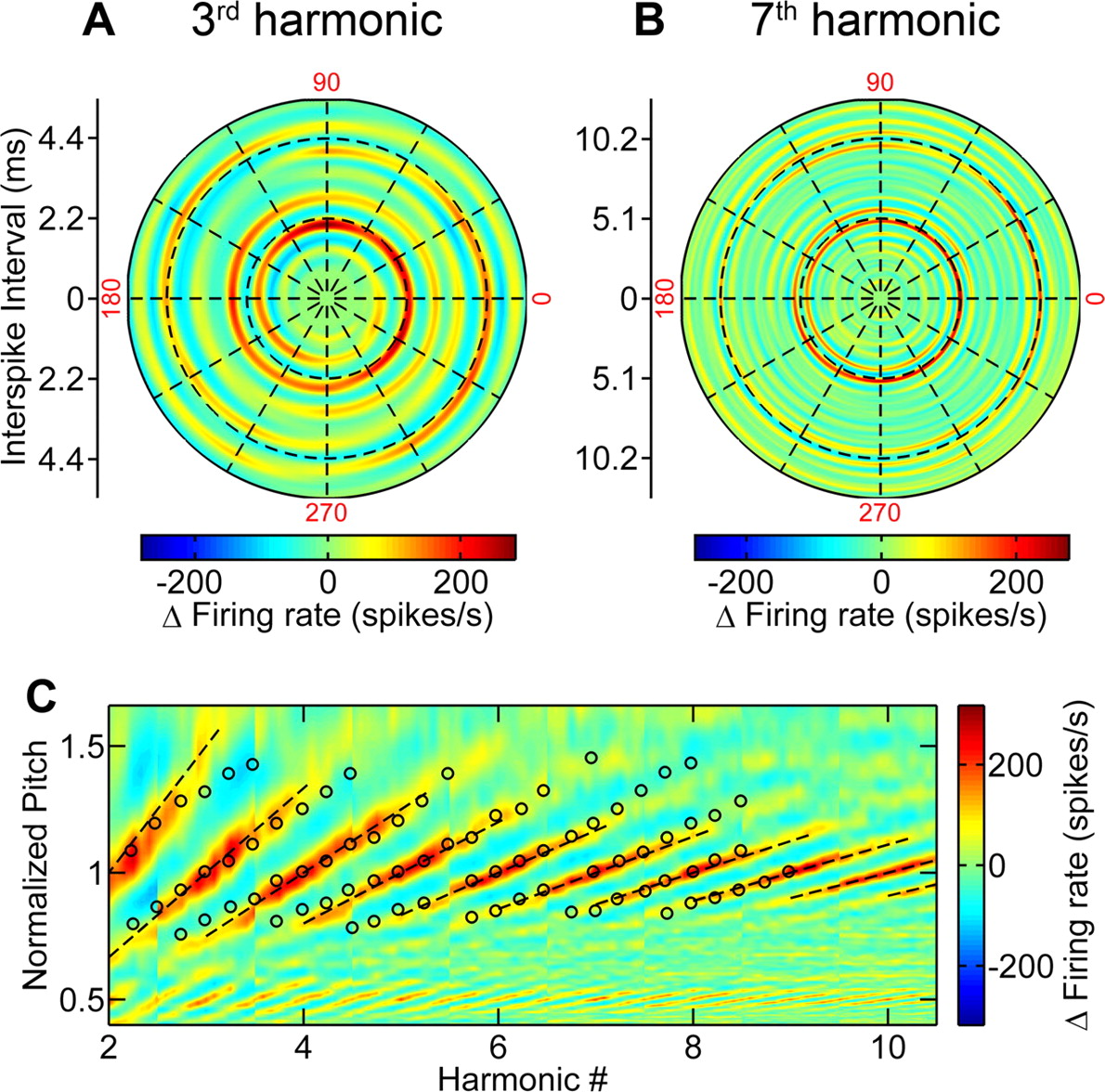 Figure 2: Coding of speech sounds in the presence of reverberation and frequency modulation

This figure shows the neural representation of synthetic vowel sounds. Two vowels are present simultaneously. Under anechoic (no reverberation) listening conditions neuronal processing is able to parse the acoustic mixture into the two separate vowels. When reverberation and intonation (frequency modulation) interact, that neural processing task becomes increasingly difficult, and the resulting separation of the mixture is degraded. 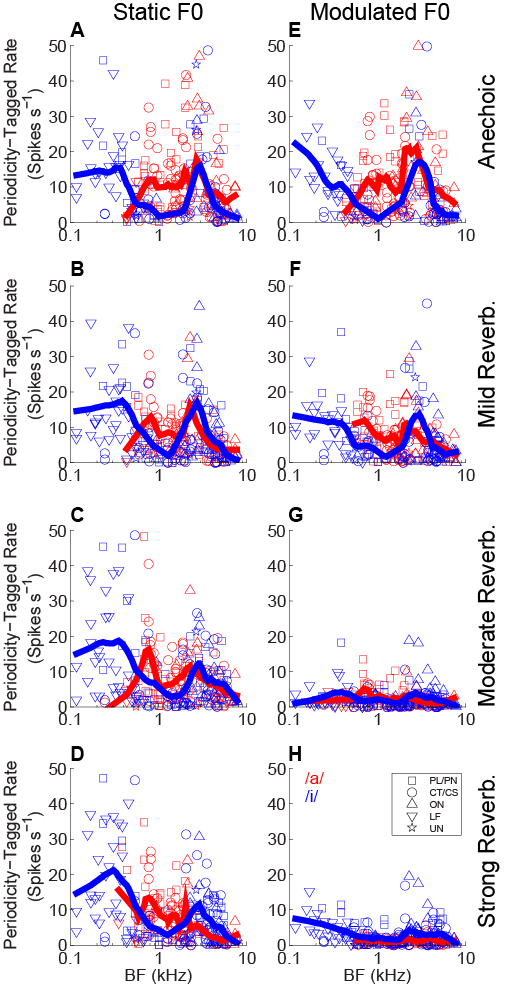 (Some of) our (broad) questions in coding of complex sounds