Nancy Ho, founder and president of Green Tech America Inc. and a research professor emerita in Purdue's School of Chemical Engineering, will receive the National Medal of Technology and Innovation from President Barack Obama.

Nancy Ho, founder and president of Green Tech America Inc. and a research professor emerita in Purdue’s School of Chemical Engineering, will receive the National Medal of Technology and Innovation from President Barack Obama.

The award, announced Dec. 22, is the highest honor for technological achievement bestowed by the president of the United States. Recipients will be honored during a White House ceremony early this year.

Ho has focused her research on using recombinant DNA techniques to improve industrial microorganisms, particularly for production of renewable biofuels and bio-products by using renewable cellulosic resources as the feedstocks. Her most noted work has been the development of recombinant Saccharomyces yeast that can effectively produce cellulosic ethanol from all types of cellulosic plant materials such as corn stalks, wheat straws, wood and grasses. The original Saccharomyces yeast used for producing ethanol from corn and other edible feedstocks cannot ferment cellulosic sugars to produce transportation fuel such as ethanol.

She founded Green Tech America Inc. in 2006 at the Purdue Research Park to produce and market the yeast and provide other services for cellulosic ethanol production.

“This is a most fitting honor for Dr. Ho, who has had a long and distinguished career in areas vital for energy research and industry,” says Purdue President Mitch Daniels. “She is an exceptional researcher who has made an enormous contribution to science and technology.” 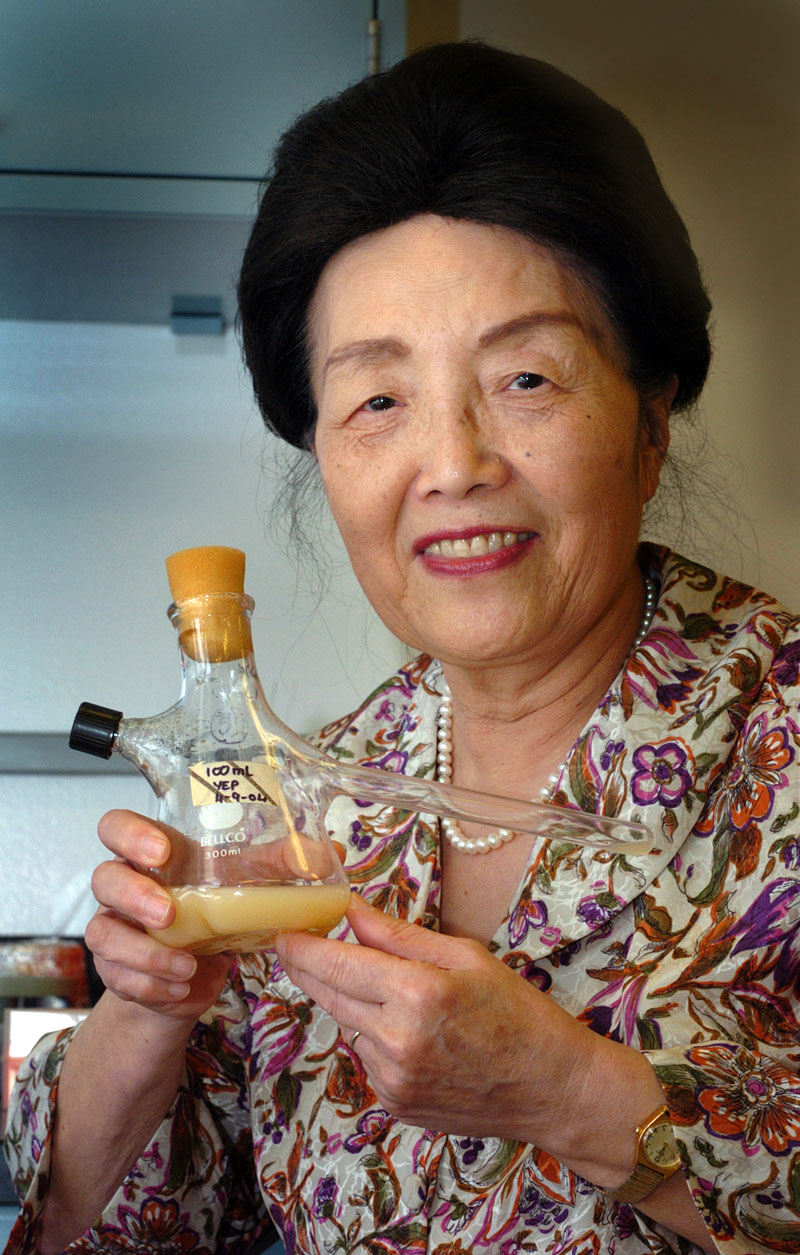 Ho began working at Purdue in 1971 after earning a doctoral degree in molecular biology from Purdue in 1968. She also earned a master’s degree in organic chemistry from Temple University in 1960 and a bachelor’s degree in chemical engineering in 1957 from National Taiwan University.

She was a senior research scientist and group leader at Purdue’s Laboratory of Renewable Resources Engineering (LORRE) and became a research professor in the School of Chemical Engineering in 2007.

“Professor Ho’s accomplishments cannot be overstated,” says Leah Jamieson, the John A. Edwardson Dean of Engineering. “She has been one of our most distinguished researchers and has been nationally recognized by presidents and peers alike.”

Ho was nominated for the medal by Arvind Varma, the R. Games Slayter Distinguished Professor and Jay and Cynthia Ihlenfeld Head of the School of Chemical Engineering.

“Dr. Ho is a pioneering and visionary researcher who has worked tirelessly and creatively for more than 30 years to develop the most successful yeast currently available for the production of ethanol from cellulosic feedstock, such as wood, grasses, corn stover and so on,” Varma says. “In addition to conducting the basic research that led to development of the so-called Ho-Purdue yeast, she also established a company, Green Tech America, in 2006 to drive her invention to commercialization. A number of companies are currently either using her yeast for commercial production of cellulosic ethanol or testing it for that purpose.”

In 2007 Ho was invited to attend President George W. Bush’s State of the Union Address in honor of her work in cellulosic ethanol. She was named an Energy Patriot in 2006 by former Sen. Richard Lugar, R-Indiana. The Canadian company Iogen used engineered yeast developed by Ho to produce ethanol from wheat straw in the world's first production plant of its kind. In 1999 the genetically engineered Saccharomyces yeasts she developed were honored by Discover Magazine as one of the 27 most important technological innovations that year.

“I am very grateful for this honor from President Obama,” Ho says. “It’s been a great privilege to have a career in which I’ve seen my work go from the laboratory into the real world to solve significant global challenges.”

The National Medal of Technology and Innovation was created in 1980 and is administered for the White House by the U.S. Department of Commerce’s Patent and Trademark Office. The award recognizes those who have made lasting contributions to America's competitiveness and quality of life and helped strengthen the nation's technological workforce.

Ho is one of eight recipients. She is the third Purdue faculty member to receive a National Medal of Technology. The others are Rakesh Agrawal, Winthrop E. Stone Distinguished Professor in the School of Chemical Engineering; and the late Leslie Geddes, a distinguished professor of biomedical engineering.