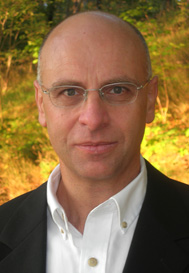 Webb was born in Stawell, Victoria, Australia, and spent a formative period there before his college years in Melbourne. He obtained B. Eng. and M. Eng. degrees from the Royal Melbourne Institute of Technology, a M.S.E.E. from the University of California, Santa Barbara, and in 1984, a Ph.D. from the University of Illinois at Urbana-Champaign. His began his first academic position that year at the University of Maryland, College Park. In 1990, he joined the faculty at Purdue University, where he is a Professor in the School of Electrical and Computer Engineering. Webb is a Fellow of the Institute of Electrical and Electronics Engineers (IEEE), a Fellow of the Optical Society of America (OSA), and a Fellow of the American Physical Society (APS).

Webb’s research has spanned many aspects of fields and optics, solid-state device and nanotechnology, and communication and signal processing domains, with an emphasis on mathematical and physical problems. His work has theoretical, computational and experimental facets, and much is based on electromagnetics. He has held visiting professor positions in the United States and other countries in engineering, physics, and chemistry. His current collaborators and joint projects involve physics, chemistry, neuroscience, mechanical engineering, and biomedical engineering. He enjoys far-reaching, impactful research that will really “change the world”. His former students have distinguished records and leading academic and industrial positions in the United States and other countries.

Outside the academic arena, Webb founded the Purdue University Karate Club in 1990 and is the chief instructor. He holds the rank of 5th Dan Shihan.