Jay Gore
Reilly Professor Of Engineering
Dr. Jay P. Gore (an AIAA Fellow, 2009; an ASME Fellow; 2006; and a U. S. Presidential Young Investigator Award winner; 1991) is the Vincent P. Reilly Professor in Mechanical Engineering with courtesy appointments in Aeronautical and Astronautical Engineering and Chemical Engineering at Purdue University. Dr. Gore has received recognitions: in the Purdue Innovator Hall of Fame in 2014, by the Chief Minister of the State of Maharashtra in India in 2016. In 2014, McMaster University recognized him with a Cafe X award by and Purdue presented him the Discovery in Mechanical Engineering and the Celebration of Faculty Career awards. He received a panelist award from the Materials Research Society in 2013. Purdue recognized his teamwork with an award for founding the Summer Undergraduate Research Fellowships (SURF) program in 2012. He served as a Jefferson Science Fellow within the Department of State in 2010-11 and remained on call until 2015. Dr. Gore holds the Post-Doctoral Certificate from the Aerospace Engineering Department, University of Michigan, Ann Arbor, the Ph.D. and M. S. in Mechanical Engineering, Penn State University, and the B. E. Mechanical Engineering with Gold Medal from the University of Pune, India. With Purdue approval, he has served as the Principal Transformation Advisor and Vice Chancellor at Maharashtra Institute of Technology, World Peace University (MIT WPU), Pune, India during 2016 and 2017 and is currently serving as the Principal Advisor to MIT WPU. Dr. Gore was the founding Director of the Energy Center in Discovery Park at Purdue. He served as a Research Fellow in Aerospace Engineering at the University of Michigan and as an Assistant Professor of Mechanical Engineering at the University of Maryland (1987-1991) prior to joining Purdue as an Associate Professor. Dr. Gore received early promotions to the rank of Professor of Mechanical Engineering and to the Chair Professorship. Jay is a past Chairman of the Central States Section of the International Combustion Institute and the ASME K11 Committee on Heat Transfer in Fire and Combustion. Dr. Gore has served as an Associate Editor of the AIAA Journal. He has served as an Associate Editor of the ASME Journal of Heat Transfer. He was the U.S. Editor of the 28th International Combustion Symposium. He has received the Best Paper in Heat Transfer Literature Award from ASME. He has also received Faculty Fellowships from the Japanese Ministry of Education and the U. S. Department of Energy. Jay's research is in the area of combustion and radiation heat transfer with applications to CO2 emissions reduction, pollutant reduction, efficiency enhancements, fire safety, and improved fundamental understanding. He has received over $20M in research funding and is currently serving as the PI for grants in gas turbine combustion, sprays and fire safety. He has advised the PhD dissertations of 30 students and MS theses of over 50 students. He has applied infrared radiation sensing knowledge to a wide range of multidisciplinary problems in aerospace, power, and medical diagnostics areas. He has authored or coauthored over 150 archival papers, 4 book chapters, and 250 conference papers.
gore@purdue.edu
(765) 494-0061

Elihu Deneke
Ph.D. Candidate
Elihu Deneke received his B.S. in Mechanical Engineering in 2016 and a CACI sponsored M.S. in Engineering in 2017 from Prairie View A&M University. As an undergraduate, he conducted research on 0% net energy loss building systems. He also worked as a NASA co-op\intern contractor for 3-years as a Flight Software Engineer Intern and then as a Graduate Research Intern. Elihu joined the Gore Research Group in September 2017 and is now pursuing a doctorate degree in the School of Mechanical Engineering at Purdue University. Elihu's current research focuses on the investigation of methane hydrates dissociation for methane extraction. His initial efforts are focused on dissociation of methane hydrates by depressurization, thermal stimulation by active controlled combustion, and product sequestering.
edeneke@purdue.edu
Luke Dillard
Ph.D. Candidate
Luke completed his Bachelors of Science and Masters of Engineering at Cornell University in Ithaca, New York. He spent a year working as a lab assistant at Cornell assisting with student project teams. He won a UTSR Fellowship his senior year and spent a summer working at Solar Turbines doing research on land based gas turbines. He started his Ph.D. in the Fall of 2017 in the School of Mechanical Engineering at Purdue. He currently is assisting with research on hot surface ignition that seeks to improve fire safety.
dillardl@purdue.edu
Seunghyun Jo
Ph.D. Candidate
Seunghyun Jo joined School of Mechanical Engineering at Purdue University in Fall 2016 as a Ph.D. student. His research interests are in the field of combustion and propulsion. He did his undergraduate from Korea Aerospace University with major in Mechanical Engineering. Jo won the best paper prize for his work on small liquid rockets. His paper entitled, "Development of small liquid rocket using hydrogen peroxide and ethanol", was published in Journal of the Korean Society of Propulsion Engineers Fall Conference, 2015.
jo25@purdue.edu
Rathziel Roncancio Reyes
Ph.D. Candidate
Rathziel joined Purdue University in Fall 2017. Prior to coming to Purdue, Rathziel obtained his bachelor of Engineering at Universidad Nacional de Colombia (Colombia). Previously, Rathziel was a research assistant at the Internal Combustion Engines Laboratory at Universidad Nacional de Colombia. In Fall 2016, he visited Purdue as undergraduate research assistant under the UREP-C program fostered by the Colombia-Purdue Initiative. His research interests are combustion, alternative fuels, fire safety and renewable energies.
rroncanc@purdue.edu
Tianxiao Yu
Ph.D. Candidate
Tianxiao started his Ph.D. in Mechanical Engineering at Purdue University in Fall 2018. Prior to coming to Purdue, Tianxiao obtained his Bachelor's and Master's degree at RWTH Aachen University in Germany. Previously, Tianxiao was a research assistant at the Combustion Technology Institute, Internal Combustion Engines Institute and Automotive Engineering Institute at RWTH Aachen University. In Fall 2013, he worked as an intern at Daimler AG. His research interests are investigation of ignition process of combustion, combustion technology in internal combustion engines.
yu864@purdue.edu

Vikrant Goyal
Ph.D.
Vikrant completed his Ph.D. in Fall 2019. After graduation, he joined John Zink in Tulsa, OK. His research work focused on investigating the fire safety properties of alternative aviation fuels. He did his Masters at Purdue with the research focus on the measurement of hot surface ignition temperature of hydrocarbon fuels. Vikrant graduated with a Bachelor's of Technology in Aerospace Engineering from SRM University, India. He also won Gold Medal for his research work in the area of propulsion at SRM University.
goyal21@purdue.edu 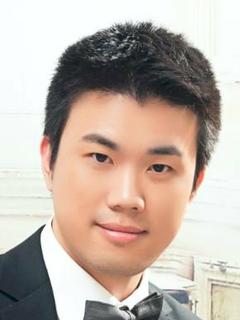 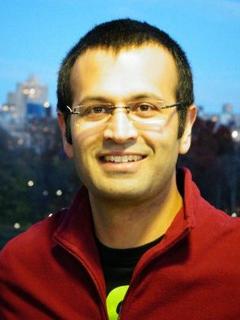 Harshad Lalit
Ph.D.
Harshad Lalit completed his Ph.D. in Spring 2016. He studied the computational modeling of soot and infrared radiation for turbulent reacting flows. He introduced the concept of Stochastic Time and Space Series Analysis (STASS) to compute time-dependent statistics of radiation intensity for a turbulent premixed flame. His research was paramount to the design of cleaner engines and pollution control.
hlalit@purdue.edu
Abhishek Navarkar
MSME
Abhishek graduated from the Master in Mechanical Engineering in Spring 2020. After graduation, Abhishek joined Mathworks in Boston, MA. His research focused on the application of data analytics to the control of coal powerplants and fire safety of aviation fuels. Abhishek graduated from IIT Gandhinagar with B.Tech. in Mechanical Engineering. He received the prestigious Charpak scholarship from the French Government for his research internship at the University of Bordeaux, France. Before joining Purdue University, he worked as a Research Scientist at the Defence Research and Development Organization in India
anavarka@purdue.edu 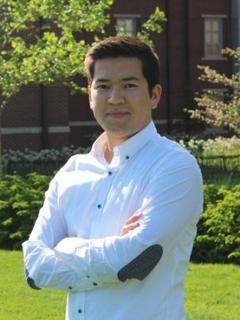 Yerbatyr Tursyn
MSME
Yerbatyr is from Almaty, Kazakhstan. He completed his Masters and undergrad at Purdue University in 2017 and 2016, respectively. He worked on "Hot Surface Ignition of an aviation fuel in a quiescent environment" project for SURF (Summer Undergraduate Research Fellowship) program in 2015. His research project was focused on the study of Aviation Fuel Fire Safety.
ytursyn@purdue.edu
Mehmed Ulcay
Ph.D.
Mehmed Sitki is from MD, USA. He completed his undergrad and masters at RPI (Rensselaer Polytechnic Institute), in Troy, NY. He worked for several local contractor companies for GE Research and Development Center in Niskayuna, NY. He was employed as an instructor at Hudson Valley Community College between 2012 - 2015 in Mechanical Engineering Technology Department. He started his Ph.D. in the School of Mechanical Engineering at Purdue in Spring 2016. His research investigated the Minimum Hot Surface Ignition Temperatures (MHSIT) of aviation fluids under various conditions and aims to expand the current MHSIT database. After graduation, Sitki joined FM Global in Boston, MA.
mulcay@purdue.edu
Hamid Zamenian
MSME
Hamid Zamenian graduated from the School of Mechanical Engineering at Purdue University in Fall 2017 as a Master. His research interests are in the field of combustion/ignition. He completed his undergraduate from Purdue University in May 2016 with major in Mechanical Engineering. Hamid worked working on studying the effect of fuel and obstruction on minimum hot surface ignition in a cross flow.
hzameni@purdue.edu