In May 2015, thanks to an amazingly generous anonymous donor, Purdue University was able to offer $5 million in matching funds for donors wishing to establish scholarships for underrepresented minority and women undergraduates. In a little over a year, the University has raised $10 million in scholarship pledges to boost diversity, one of the primary goals set forth in the College of Engineering’s Strategic Growth Initiative.

To help the College meet that key goal, 27 friends and alums from the College of Engineering leapt at the chance to double their gifts — and double their impact. The generosity of these individuals is enabling many more minority and female students to afford a Purdue Engineering degree.

For Mehdi Ilkhani-Pour (BSME ’79, MSME ’81, PhD ’84) and his wife, Rozlynn (BS Biology ’82), the PRF matching opportunity dovetailed with their own philanthropic goals. The couple, who met and were married while still at Purdue, wanted to give back to their alma mater. “Purdue has had quite an impact on our life’s journey,” Mehdi says. “We want to give back to the community, to students with financial need.”

Mehdi and Rozlynn, who is a member of the Miami Indian tribe, wanted to start an endowment to encourage Native American students to apply to Purdue.

A lot of Native Americans that I know do not make it to college. Some go to community colleges, primarily because finances are an issue. So we are putting the word out. Our tribal leaders will talk with other tribal leaders. Over time, we hope to have a big impact.

They were surprised to discover so few Native American students in the College of Engineering.

“That was astonishing to me,” Mehdi says.

“It’s important for us that Native Americans be represented,” Rozlynn says. “A lot of Native Americans that I know do not make it to college,” she says. “Some go to community colleges, primarily because finances are an issue. So we are putting the word out. Our tribal leaders will talk with other tribal leaders. Over time, we hope to have a big impact.”

As well as supporting the university they love and increasing student diversity, the Ilkhani-Pours wanted to amplify the impact of their financial gift. They kept their eyes open. Mehdi says, “The matching scholarship was a prime opportunity.”

The Ilkhani-Pours also are impressed by President Mitch Daniels’ commitment to keep tuition and fees low for all students. “That was a big driver for us,” Mehdi says.

Another supporter of diversity in Purdue Engineering is alumna Lisa Wichmann (BSME ’05). Wichmann vividly remembers juggling her studies in mechanical engineering, her extracurricular activities and a job as a Supplemental Instruction leader. An excellent student, she also belonged to Pi Tau Sigma, an ME honor fraternity. “I was an out-of-state student, and I was paying for college myself. So I applied for all of the scholarships I could,” Wichmann says. 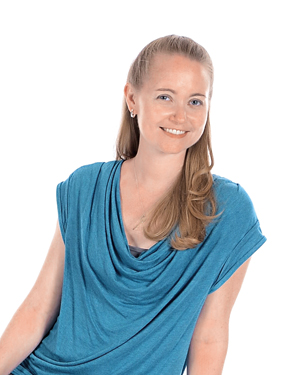 “Being able to enjoy Purdue, all it has to offer, and not have a large amount of debt upon graduation — is a gift.” - LISA WICHMANN
(BSME ’05)

Wichmann received several scholarships, which not only helped ease her financial burden but also inspired her to do the same for future students.

“When I paid off my student loans, I set the goal to establish a scholarship and ‘pay it forward,’” she says. “Being able to enjoy Purdue, all it has to offer, and not have a large amount of debt upon graduation — is a gift.”

Wichmann, now an engineering technical leader for GE Power, established not one but two scholarships using matching funds. “I was fortunate enough to be helped along the way,” she says, “to the point where I didn’t have nearly the debt I might have had when I graduated.”

With the idea of helping female engineering students thrive at Purdue, she took advantage of a prior matching program to fully fund a scholarship for a student from Indiana. But she also wanted to help an out-of-state student like herself. “When I received the postcard in the mail about the PRF matching program for women and minority students, I stuck it on my refrigerator,” Wichmann says. “The PRF matching opportunity helped me direct a new scholarship exactly where I had set my goal and once again accelerated the time frame.”

Recipients of Wichmann’s scholarships also gain a friend and mentor. She looks forward to meeting her PRF scholarship student, a mechanical engineering major, and she has already connected with her first student scholar, now a junior in biomedical engineering. “We meet up about once a semester. She shares her adventures and we talk about how to make the most of the opportunities that Purdue has to offer,” Wichmann says.

The $10 million in PRF targeted scholarships is enabling many more students, especially underrepresented students, to afford a Purdue Engineering degree — a primary goal for the College. The goal of improving diversity aligns with those of affordability and accessibility, which are key components to the Purdue Moves effort initiated by President Daniels.

Karen McCullough, director of scholarship stewardship and development at Purdue Research Foundation, says, “Diversity is such a huge priority for the provost and the University. Going forward, we hope to keep diversity and diversity scholarships part of the conversation with donors.”

The College of Engineering is Grateful to These Donors Who Leveraged the PRF Matching Scholarship Fund to Make a Permanent Impact on the Lives of Our Students.

To support College of Engineering initiatives in diversity, contact Alyssa Wilcox, associate vice president for advancement, at 765-494-0519 or AMWilcox@prf.org.