As interest in deployment of electric vehicles increases worldwide, there are fundamental obstacles that must first be overcome. First, electric charging of vehicles requires deployment of a network of charging stations along highways and roads, which is more prevalent at present in Europe, and to a far lesser extent in the United States. Second, using present charging technology, charging time is too slow for the average consumer.

Limitations of present ‘fast charging’ can be explained as follows. At the charging station, the charging system consists of a charging cable ending with a plug, where the charging connector is inserted into the vehicle inlet. The electrical current supplied through the charging cable is delivered to the battery internal to the vehicle, which is used to power the vehicle’s electric motor. A key concern is that passage of electrical current through any conductor results in a finite amount of heat dissipation, the higher the current the greater the amount of heat. The conductor typically consists of a bundle of wires and, due to temperature limits, charging cable sizing for conventional 350 Amperes ‘fast charging’ systems requires substantial conductor size, rendering the charging cable quite heavy and inconvenient for customers to maneuver. Weight is also exasperated by the large charging connector and liquid coolant passing through the cable to remove the heat.

Our team aims to develop a new charging technology that would greatly accelerate charging time in pursuit of mass consumer adoption. A key tactic in our study is to greatly improve cooling both within both cable and battery in pursuit of much higher electric current draw at the station, thereby greatly decreasing charging time. 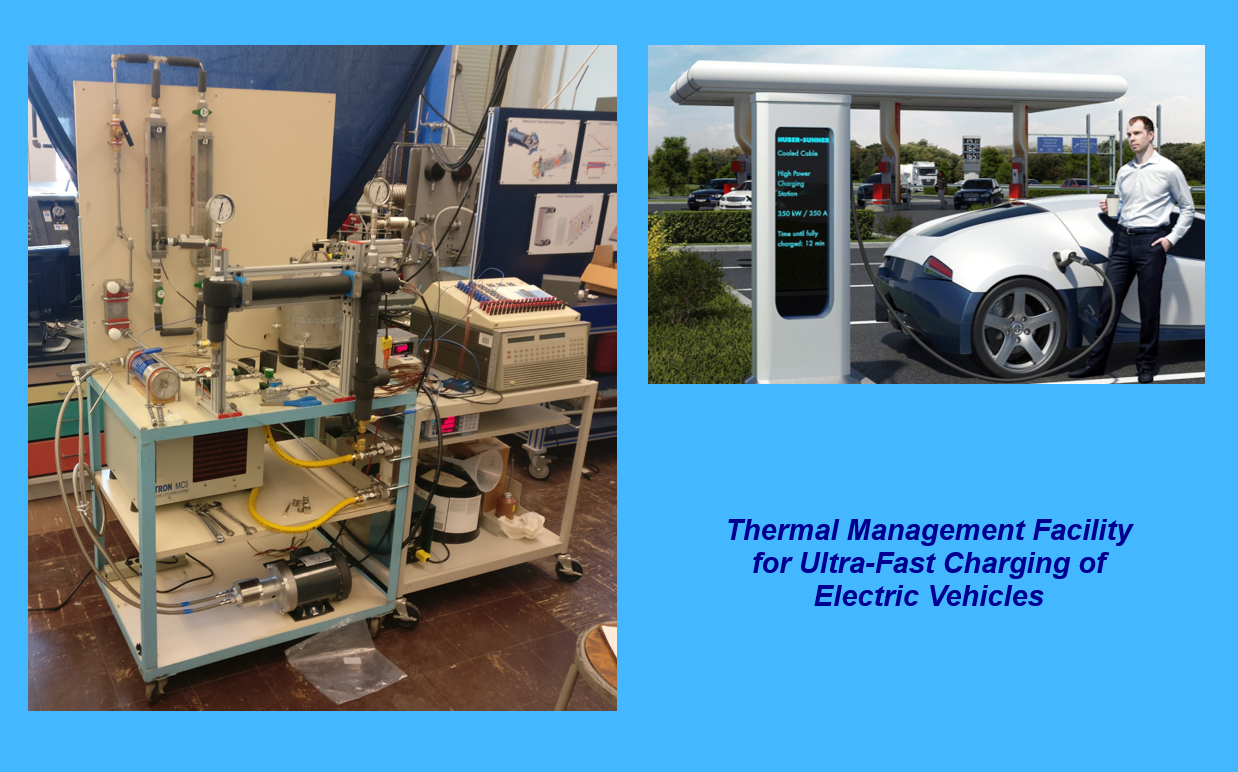