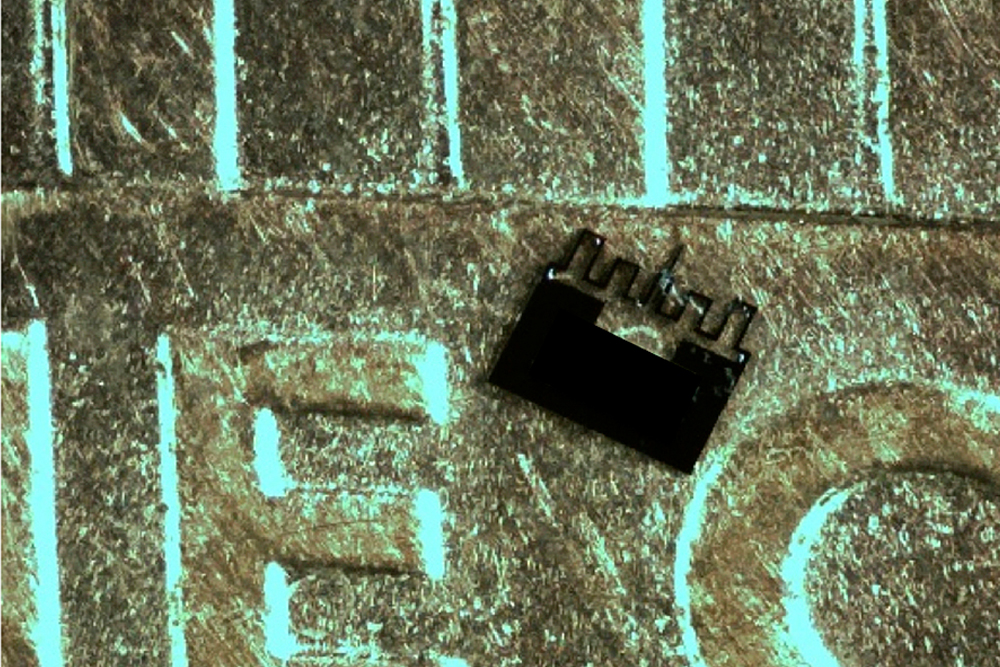 Researchers are using a technology likened to “mini force fields" to independently control individual microrobots operating within groups, an advance aimed at using the tiny machines in areas including manufacturing and medicine.

Until now it was only possible to control groups of microbots to move generally in unison, says David Cappelleri, assistant professor of mechanical engineering. “The reason we want independent movement of each robot is so they can do cooperative manipulation tasks,” he says. “Think of ants. They can independently move, yet all work together to perform tasks such as lifting and moving things. We want to be able to control them individually so we can have some robots here doing one thing, and some robots there doing something else at the same time.”

Findings from National Science Foundation funded research were detailed in a January 2016 research paper in the journal Micromachines co-authored by postdoctoral research associates Sagar Chowdhury and Wuming Jing. The team developed a system for controlling the robots with individual magnetic fields from an array of tiny planar coils. “The robots are too small to put batteries on them, so they can’t have onboard power,” Cappelleri says. “You need to use an external way to power them. We use magnetic fields to generate forces on the robots. It’s like using mini force fields.”

The research is revealing precisely how to control the robots individually. “We need to know, if a robot is here and it needs to go there, how much force needs to be applied to the robot to get it from point A to point B?” Cappelleri says. “Once you figure out what that force has to be, then we say, what kind of magnetic field strength do we need to generate that force?”

This image shows how two microbots can be independently controlled when operating within a group, an advance aimed at using the tiny machines for applications such as advanced manufacturing and biomedical research.
(Purdue University image/David Cappelleri)

The microbots are magnetic disks that slide across a surface. While the versions currently studied are about 2 millimeters in diameter — about twice the size of a pinhead — researchers in Cappelleri’s lab seek to create microbots that are only 250 microns in diameter, or roughly the size of a dust mite.

In previously developed systems the microbots were controlled using fewer coils located around the perimeter of the “workspace” containing the tiny machines. However, this “global” field is not fine enough to control individual microrobots independently. “The approach we came up with works at the microscale, and it will be the first one that can give truly independent motion of multiple microrobots in the same workspace because we are able to produce localized fields as opposed to a global field,” Cappelleri says. “What we can do now, instead of having these coils all around on the outside, is to print planar coils directly onto the substrate.”

The robots are moved using attractive or repulsive forces and by varying the strength of the electrical current in the coils. “You can think about using teams of robots to assemble components on a small scale, which we could use for microscale additive manufacturing,” Cappelleri says.

Independently controlled microbots working in groups might be useful in building microelectromechanical systems, or MEMS, minuscule machines that could have numerous applications from medicine to homeland security. “So far people have been good at making MEMS devices containing different components,” he says. “But a lot of times the components are made from different processes and then have to be assembled to make the final device. This is very challenging. We can instead assemble them with our robots. And on the biological side we might use them for cell sorting, cell manipulation, characterization and so on. You could think about putting the microcoils on the bottom of a petri dish.”

Microbots equipped with probe-like “force sensors” might then be used to detect cancer cells in a biopsy. “Cancer cells have different stiffness characteristics than non-cancer cells, and in some of our previous work we put force sensors on the end of these robots to figure out which ones are stiffer than others,” Cappelleri says. The original coils were made by printing a copper pattern with the same technology used to manufacture printed circuit boards. They can be scaled down from their current size of about 4 millimeters. A new process, however, was needed to create a microscale prototype, he says.

The team will attempt to use microscale prototypes to assemble components for MEMS devices. One potential obstacle is the effect of van der Waals forces between molecules that are present on the scale of microns but not on the macroscale of everyday life. The forces might cause “stiction” between tiny components that affect their operation. Purdue’s Multi-Scale Robotics and Automation Lab website, multiscalerobotics.org, has more details on the research.

The National Science Foundation has funded the research.

Read Other Stories:
College of Engineering
Purdue University
West Lafayette, IN 47907
(765) 494-4600
If you have trouble accessing this page because of a disability, please contact the Webmaster at webmaster@ecn.purdue.edu © 2021 Purdue University An equal access/equal opportunity university