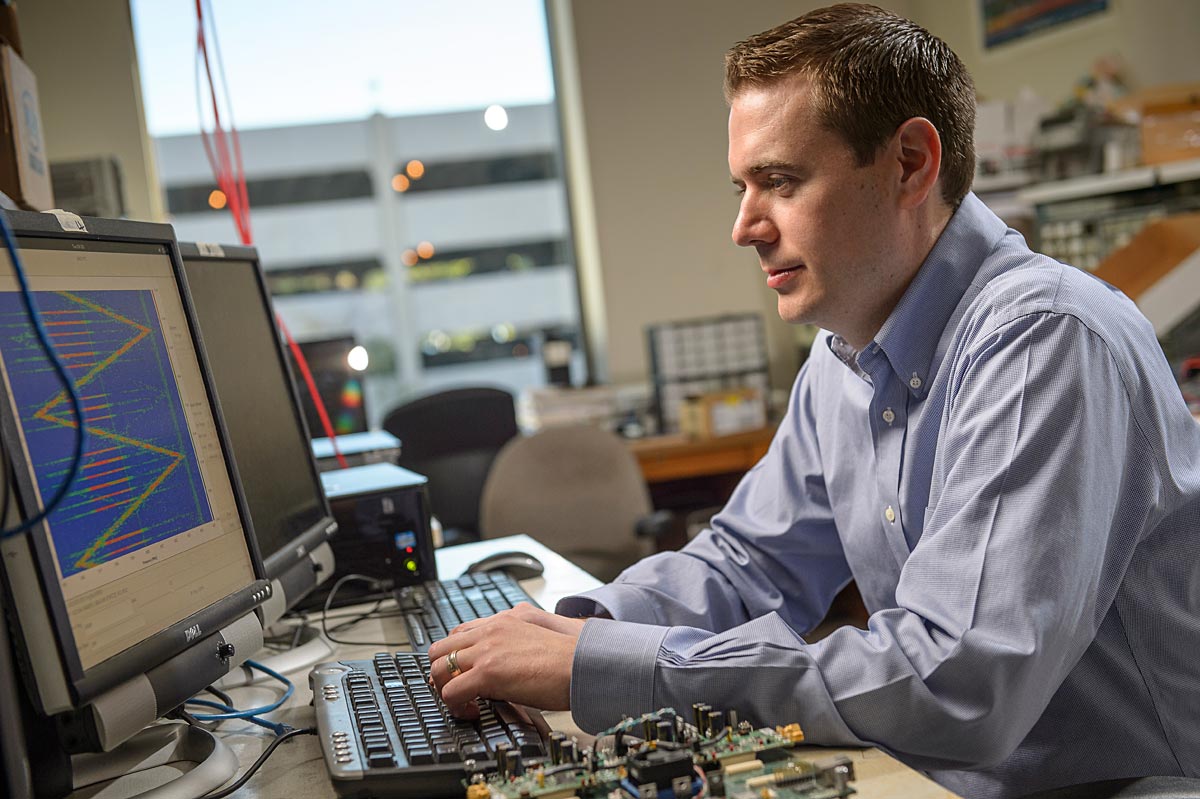 Throughout his career David Love has specialized in signal processing for communications systems.

Most recently, Love, professor of electrical and computer engineering, was among seven Purdue faculty members selected to a prestigious Thomson Reuters list of “The World’s Most Influential Scientific Minds: 2014.” The honor recognizes researchers around the world who have earned distinction by publishing the highest number of articles that rank among the most frequently cited by fellow scholars. The list includes two other Purdue engineering faculty members, Mark Lundstrom and Kinam Park, both distinguished professors.

Love, 35, came to Purdue in 2004 after earning a doctorate from the University of Texas at Austin, where he also received master’s and bachelor’s degrees, all in electrical engineering. His work has resulted in more than 150 technical papers and attracted numerous research and teaching recognitions including a string of awards from the Institute of Electrical and Electronics Engineers. He has been named University Faculty Scholar. He holds 21 U.S. patents — 16 after coming to Purdue — with others pending.

Love leads a research team aimed at averting a potential spectrum crisis that threatens wireless communications, a challenge brought on largely by an explosion of data-intensive smartphone apps. He also is a member of a team led by the University of Notre Dame in research that focuses on learning how to improve the performance of portable devices without increasing health risks from radiation exposure.

A Texas native, his propensity for mathematics and education runs in the family. His father taught math and was a high school principal. He and his wife, Elaina, have three small children.

Read Other Stories:
College of Engineering
Purdue University
West Lafayette, IN 47907
(765) 494-4600
If you have trouble accessing this page because of a disability, please contact the Webmaster at webmaster@ecn.purdue.edu © 2020 Purdue University An equal access/equal opportunity university