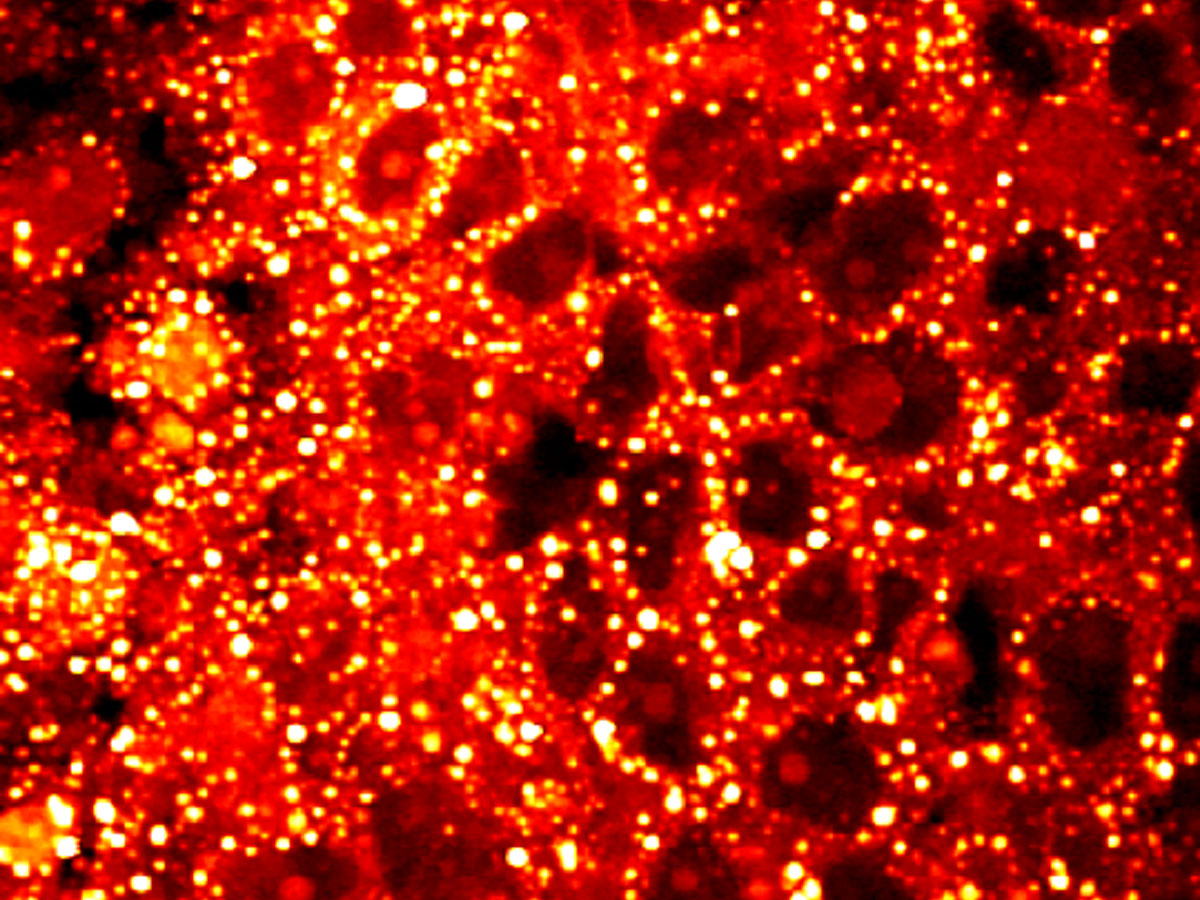 Whether in the lab or the clinic, most images of cells and tissues build on dyes or other chemical labels. But these labels carry major limitations, especially when looking at live cells and tissues. The labels may be hard to deliver into cells, they may disturb the workings of cells and they detect only what they’re looking for — ignoring other biological players that may play key roles.

Moreover, many chemical labels are too toxic to use in patients. That leaves many imaging techniques now used for diagnosis, such as the ultrasonic imaging that assesses heart attack risks, without the molecular and chemical information that could allow physicians to make better decisions.

Ji-Xin Cheng, professor of biomedical engineering and chemistry at Purdue, is now spearheading a College of Engineering preeminent team effort to develop label-free imaging technologies that can quickly and accurately analyze unaltered living cells and tissues. The team will exploit major advancements in molecular spectroscopy — a workhorse analytical approach that identifies chemical substances by the way they scatter light.

“We are converting spectroscopy from a conventional analytical tool to an in vivo imaging platform that can see the unseen in the biological world and provide diagnoses with biochemical information,” Cheng says. “We use the intrinsic spectroscopic signals from molecules, and our team has made a number of innovations that push the boundary of imaging speed, sensitivity, resolution and depth.”

The team’s label-free investigations have led to discoveries in human biology, among them identifying a new approach to slowing the spread of prostate or pancreatic cancers by using drugs originally developed for arterial disease.

A diverse team crossing the boundary of engineering, science and medicine

For the Label-Free Spectroscopic Imaging Preeminent Team, one of the projects underway is a technique to treat pancreatic and other forms of cancer. From left, team leader Ji-Xin Cheng, professor in Purdue University's Weldon School of Biomedical Engineering and Department of Chemistry; Timothy Ratliff, the Robert Wallace Miller Director of Purdue's Center for Cancer Research; and Purdue post-doctoral fellow Junjie Li (Photo credit: Purdue Research Foundation)

The collaborators are concentrating on two main research efforts in label-free spectroscopic imaging. The first is discovery-driven biological science at the single-cell level, based on high-speed, high-resolution coherent Raman scattering imaging of living cells and tissues. The second is developing vibration-based photoacoustic imaging for deep-tissue analysis as a platform for molecular diagnostics.

Deep tissue imaging based on the photoacoustic effect, the other main research theme pursued by the preeminent team, uses pulsed near-infrared laser light to create acoustic waves whose waves can be detected and converted into images. Currently, this technique can probe about a centimeter into tissue, and the team aims to push its capabilities deeper.

The team plans to recruit three junior faculty members with expertise in deep tissue imaging and single-molecule detection. An undergraduate research scholar program in the Weldon School of Biomedical Engineering has been formed to fulfill another key goal for the team: to educate future researchers in the field.

“A few years ago, I read ‘The Emperor of All Maladies: A Biography of Cancer,’ which made me realize the significance of examining human patient specimens,” Cheng says. “That book triggered me to change my research target from mice to people. Fortunately, a big advantage of our label-free spectroscopic imaging tools is that they allow us to examine tissues from human patients.”

As discussed in “The Emperor of All Maladies,” some promising early applications of label-free spectroscopy focus on cancer.

In one effort, Cheng joined with team member Professor Timothy Ratliff of the Center for Cancer Research and other colleagues to study individual droplets of lipids (common body substances such as cholesterol that are insoluble in water) in living human prostate cancer cells. The researchers found a link between cancer cells’ aggressiveness and a compound generated when cholesterol is metabolized in cells. The scientists went on to make similar findings in pancreatic cancer, one of the most difficult forms of tumors to treat. “We showed that if the cholesterol metabolism is controlled, pancreatic cancer spread to other organs is reduced,” Cheng says.

Work by the preeminent team is truly “bench-to-bedside.” For example, in 2015, Cheng, postdoctoral researcher Junjie Li and Ratliff co-founded Resarci Therapeutics, a startup based in Purdue Research Park, which aims to use discoveries in lipid metabolism to develop cancer treatments by repurposing existing drugs created for arterial disease. “This company is still in a very early stage, but a Big Pharma investor is showing great interest in helping us bring a cholesterol metabolism drug into the clinic,” Cheng says.

The discoveries in cancer give an early hint of how label-free spectroscopy research may help to change clinical care, Cheng says, and progress in this rapidly evolving field will be deepened and accelerated by the preeminent team’s interdisciplinary breadth.

Purdue at the forefront

Plans for initiating a national conference on label-free imaging are underway. Also upcoming is a proposal from the team, in collaboration with renowned Purdue chemist Graham Cooks, to create a Center for Living System Chemistry at Purdue.

Most competing label-free labs around the world consist of a single research group, Cheng says. By contrast, Purdue has a large, multidisciplinary team breaking ground in cell and tissue imaging. “We will build a critical mass at Purdue to develop these technologies,” Cheng says. “We’re also attracting students with no fear of crossing these interdisciplinary barriers.”