The Next Generation of Nano-scale Technologies with ECE's Kaushik Roy

In February 2020, “Sounds Like the Future” presents two episodes featuring professors in the School of Electrical and Computer Engineering. This episode explores the next generation of nano-scale technologies with a leading global expert in the field, Professor Kaushik Roy. 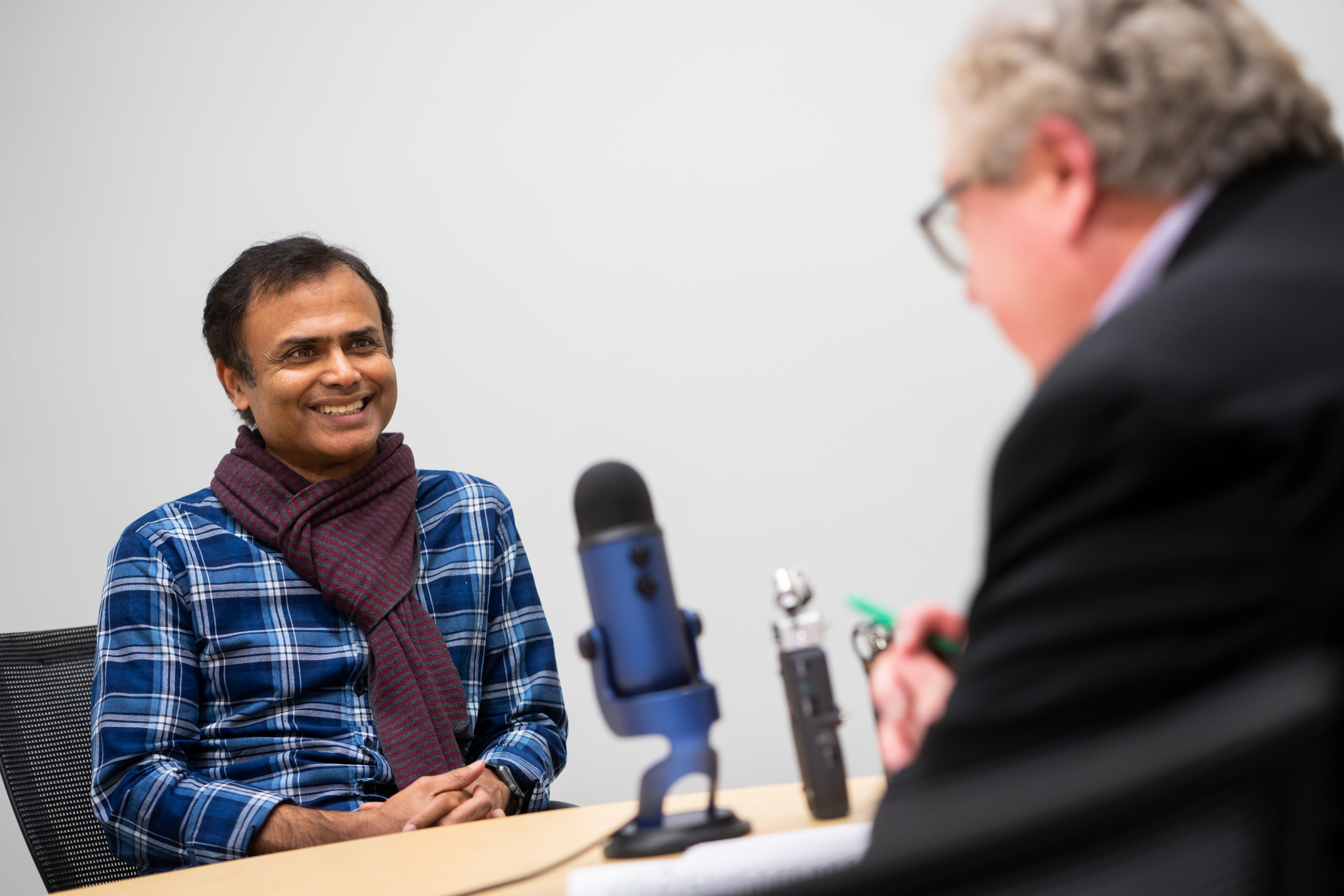 He directs Purdue’s Nanoelectronics Research Laboratory, which was established in the 1990s and has been in the forefront of collaborative nanotechnology developments throughout that time. Its work, supported by an array of sponsors, extends not only to devices, but to the architecture and algorithms that can support prospective advances in devices through the new Center for Brain-Inspired Computing. There are nine universities involved in C-BRIC’s work, with about 120 Ph.D. students, according to Roy.

C-BRIC is supported by the Semiconductor Research Corp. via its Joint University Microelectronics Program (JUMP), which provides funding from diverse industrial sponsors and the Defense Advanced Research Projects Agency (DARPA). The Center’s goal is to deliver key advances in cognitive computing—the launch pad for the next generation of AI—to enable new autonomous intelligent systems, such as self-flying drones and interactive personal robots. Major issues of energy efficiency, comprehensive learning, and robust autonomous performance must be addressed, he said.

Roy described how C-BRIC’s efforts with “brain-inspired” algorithms and theory, as well as neuromorphic hardware, can lead to distributed intelligence that more closely emulates they way human brains functions.

In keeping with the College of Engineering celebration of 120 years of history, Roy said Purdue has proven adept at facilitating the kind of wide-ranging expertise and cooperation that has already moved nano-scale technology far beyond original expectations. A resource already developed years ago by Purdue, now known internationally as Nanohub.com, has proven extremely valuable for cooperative innovation at the nano scale, Roy said, and the University’s leadership in the field continues.