Scenario: Your team will soon choose a leader. You will be given a list of names and a separate list of each person's "favorite" person on the team. You must create software that can calculate the new leader.

The following will help you get started:

There are no starter files.

Here is the overview of what you are creating.

Note: Type the declarations into your file manually. Do not copy-paste. (You learn more from typing code manually.)

When you are finished, it will look like this. 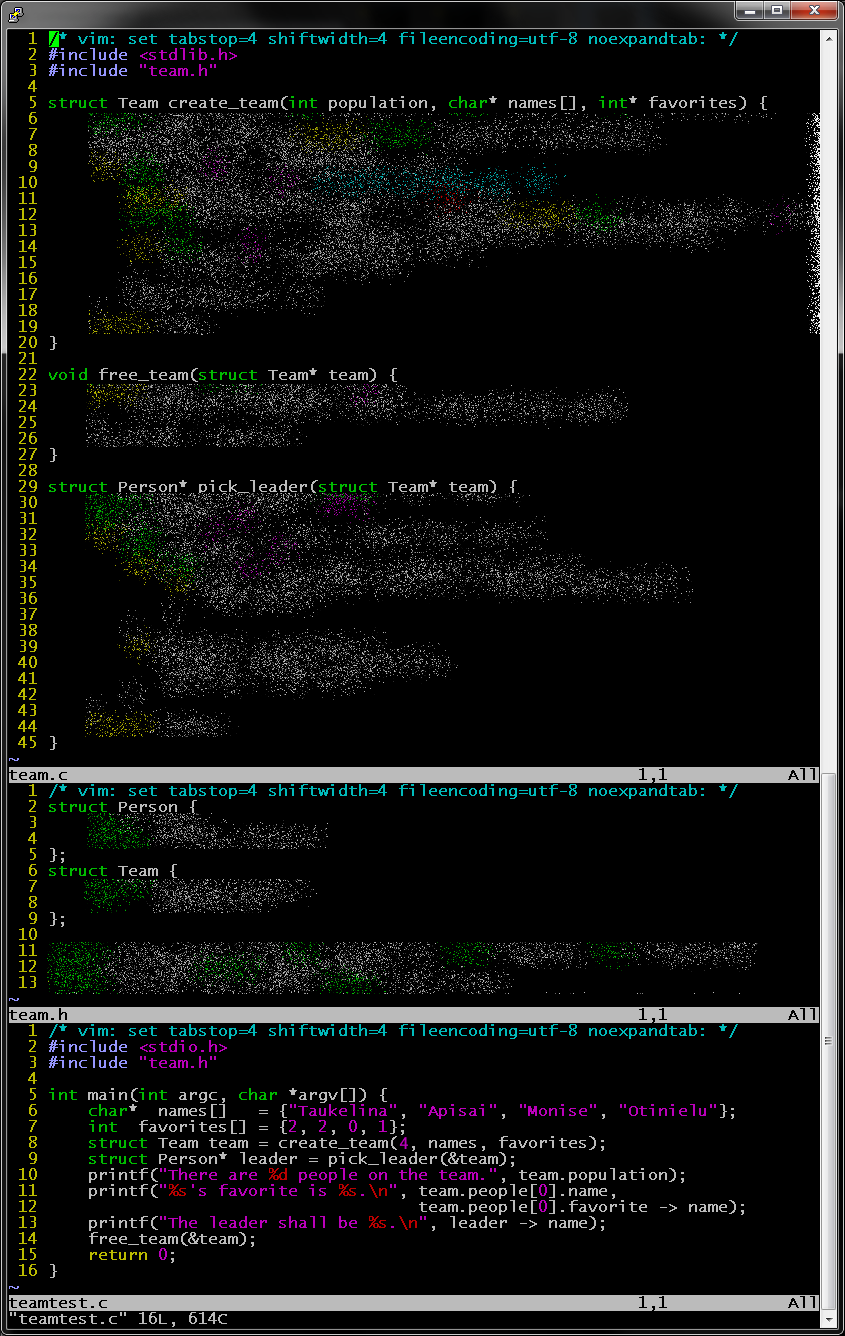 The test shown in the screenshot is not adequate by itself. Your test must be your own, and must be more thorough. Your test should cover edge cases that this doesn't cover (e.g., tie, empty team, all choose same person).

This assignment is difficult. It won't require a lot of code, but expect to spend some time debugging and understanding the concepts.

10/2: Added topics to practice, more description of files to be turned in, requirements 12-14; added reminder to requirement #2 about new code standards; fixed typo in screenshot (create_team(4, …))