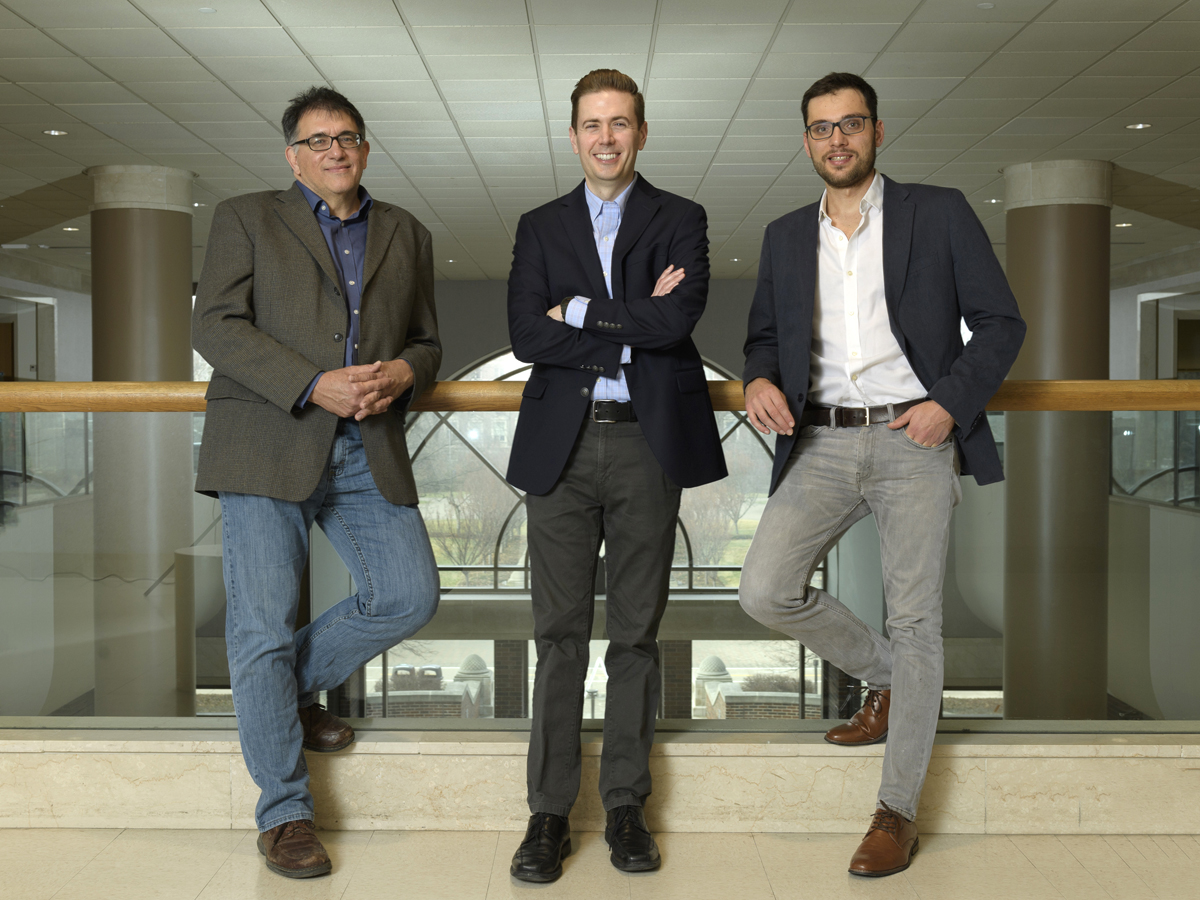 Engineering the 5G network for our wireless future

When 5G wireless networks become commonplace, around 2020, they will deliver 100 megabit-per-second communications to ordinary smartphones, with peak speeds up to 10 gigabits per second — fast enough to download a full-length HD movie to a tablet in less than five seconds.

Designed to meet the exploding demands for mobile data, 5G networks will bring high-end services not only to tablets and mobile phones but also to autonomous vehicles, medical devices, virtual reality training and working, and every last device that needs instant attention on the Internet of Things.

“5G is using new technologies that can basically pump more bits-per-second through a given amount of spectrum, with networks designed in fundamentally different ways,” says David Love, professor of electrical and computer engineering at Purdue University.

The 5G architecture will integrate many wireless technologies — most dramatically, new devices based on the millimeter-wave electromagnetic spectrum that was recently opened for commercial use in the United States. Wireless communications in this extremely high frequency range (30 to 300 GHz) employ relatively short-range, line-of-sight links using multiple antennas on each device and adapting to ever-changing local communication environments.

The College of Engineering’s Efficient Spectrum Usage Preeminent Team, headed by Love, is working with experts outside Purdue to create a novel network architecture to provide these millimeter-wave broadband connections efficiently, seamlessly and relatively inexpensively in areas with many highly mobile devices. Under a three-year National Science Foundation grant, totaling $941,197 for the Purdue portion, the research combines theoretical and physical experimentation in the quest for practical millimeter-wave communications.

Bandwidth on the run

“Millimeter-wave systems use many antennas that are transmitting at the same time to basically design a focused beam with a very directed signal, almost like how you would point a laser,” Love says.

“We need to focus the energy of the millimeter-wave beam at a very narrow angle, and keeping this beam aligned is really a problem,” explains Nicolò Michelusi, lead investigator on the project and an assistant professor of electrical and computer engineering. “Compared to networks nowadays, we need to collect much more information about the environment and how the users are moving in order to make predictions, set up the communication very quickly and keep it reliable over time.”

The millimeter-wave architecture envisioned by the Purdue team connects mobile devices with local base stations, which not only transmit and receive data but gather information about the density and movement of the devices and the local communications environment. The base stations then pass that information up to cloud computing services.

“The cloud collects information about the environment and the base stations, processes the information, creates patterns of device movement and other communications characteristics, and then downloads the operating information on how base stations should communicate with the mobile devices,” Love says. “It has a much better view of the network than a single base station, so it can direct traffic to specific base stations and control the network in a much better way.” The result will be that the local devices can smoothly, constantly and efficiently adapt their transmissions to stay connected.

All this communications processing must take place at extremely high speeds — high enough, for example, to seamlessly connect a mobile device in a car to the rapidly changing series of base stations that the car is passing. The cloud will track movements of the car and use information on its past movements to predict where the vehicle is heading, and then exploit those predictions to direct the flow of information to the mobile device.

Integrating a broad spectrum of expertise

Solving such tricky technical problems demands a broad array of communications expertise. Among the Purdue preeminent team members working on the project, Michelusi is mathematically modeling how the transmission beams can best be aligned when they are working in a network with various forms of electromagnetic interference. “We then need to map these beam-forming techniques to a real-world scenario,” he says.

Love is working on the physical layer of transmission — designing the waveforms that go out over the antenna and generate the transmission beams, and studying how these beams can be pointed and tracked in a network setting.

Another co-principal investigator, James Krogmeier, professor of electrical and computer engineering, is simulating the networks in hardware designed to do rapid prototyping of wireless communications under control of a very-high-performance computer. This “software radio” test bed approach aided the preeminent team’s achievements in the U.S. Defense Advanced Research Project Agency's Spectral Challenge, which looked for radio protocols that delivered their traffic efficiently despite the presence of interfering signals.

The three Purdue investigators and their colleagues are joined by Christopher Anderson, an associate professor of electrical and computer engineering at the U. S. Naval Academy. Anderson is assembling a database of channel measurements for millimeter-wave signals — describing the characteristics of known signals going from transmitter to receiver.

Additionally, Alexander Sprintson, a professor of electrical and computer engineering at Texas A&M University who is an expert in software-defined networks, is finding optimal ways to efficiently describe the networks in their constantly changing environments. “He’s basically designing the most relevant components of the network that we need to make available,” Michelusi explains. “We don’t want to make all the information available all the way to the cloud because this would be too much context, too much complexity.”

"We are bringing in diverse expertise to the project and working collaboratively to achieve our ambitious research goals,” Love says.

“This research is very challenging in many ways,” he adds. “For instance, your cellphone now has a latency of 10 milliseconds, but the target for 5G is one millisecond from when the data originates to when it gets to you, including all the processing delays and the propagation delays. That’s extremely fast. All these requirements play together. This is a big step forward, with many very tough issues to address.”

So when people are instantly downloading HD movies, perhaps while traveling in self-driving cars, we'll know that Purdue engineers have done their part to optimize the networks necessary for the modern, wireless world.