Recently, hydrogen has attracted significant attention as a promising and sustainable energy solution for mobile systems. Aside from being the most abundant element on Earth, hydrogen is lightweight, has high energy content per unit mass, and produces only water as a result of oxidation. This means effective use of hydrogen can ensure a virtually unlimited and environmentally safe source of energy.

Storage volume is one of the major challenges to overcome before hydrogen can become a viable fuel for automobiles. Though hydrogen has high energy content by weight (three times that of gasoline), its energy content by volume is only one-tenth that of gasoline. This poses major storage volume problems in automotive and other mobile systems having stringent volume constraints.

Hydrogen can be stored in either gaseous form, liquid form, or in the form of reversible compounds with certain metals or alloys. One form of solid-state hydrogen storage is in high-pressure metal hydrides (HPMHs), such as Ti1.1CrMn, which are metal compounds or alloys that react reversibly with hydrogen to form hydrides. One of the advantages of HPMHs is their ability to store the hydrogen at up to 700 bar at moderate temperatures of less than 100°C. However, they are known to release very large amounts of heat as the hydrogen is supplied into the storage system at the filling station, and the rate of the ensuing ‘hydriding’ reaction depends on temperature of the metal hydride. It is therefore very important that the released heat be removed efficiently and why the most important component of a hydrogen storage system using HPMHs is the heat exchanger. Poor thermal properties of HPMH powder render the design of an efficient heat exchanger quite elusive. Another challenge is the need to reduce the volume of all heat exchanger parts to increase storage capacity for the HPMH.

Recently, our team developed three different heat exchanger designs to tackle heat removal from HPMH hydrogen storage systems for automobiles. The first consists of a cylindrical pressure vessel that is filled with metal hydride powder and fitted with an extruded aluminum finned structure that is thermally optimized to transfer heat from the powder to liquid coolant that is routed through a central U-tube. The second heat exchanger design, which utilizes a similar outer pressure vessel construction, features a coolant tube that is strategically coiled within the metal hydride powder. The third design consists of a stack of identical heat exchange modules that are cooled by liquid supplied from a central cooling tube. Each module consists of aluminum base and cover plates that are brazed together. The base plate is grooved with serpentine micro-channels for coolant flow, and both base and top plates feature external circular fins. The metal hydride powder is filled into cavities between the fins on both sides of the module.

These heat exchanger designs have been highly effective at meeting several practical hydrogen storage considerations, including economical design, high HPMH storage capacity, and ability to charge the hydrogen at the filling station in less than 5 minutes. 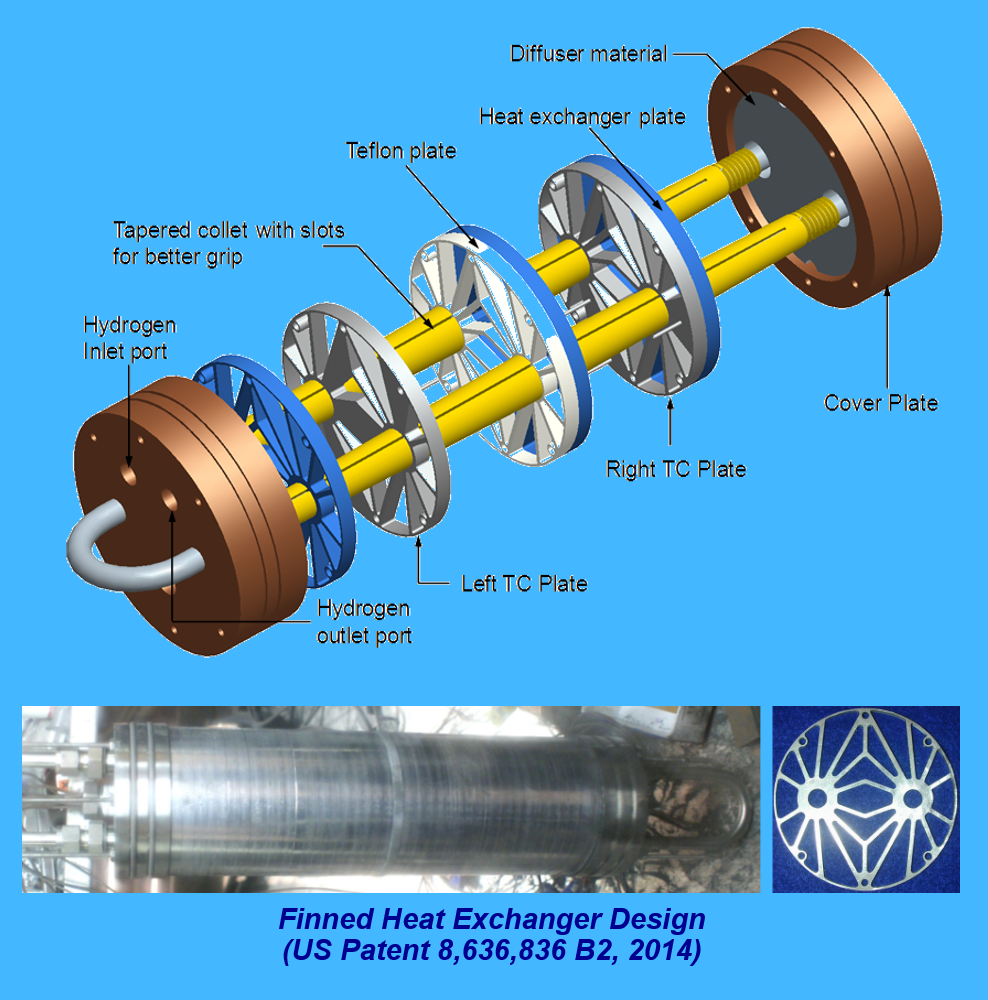 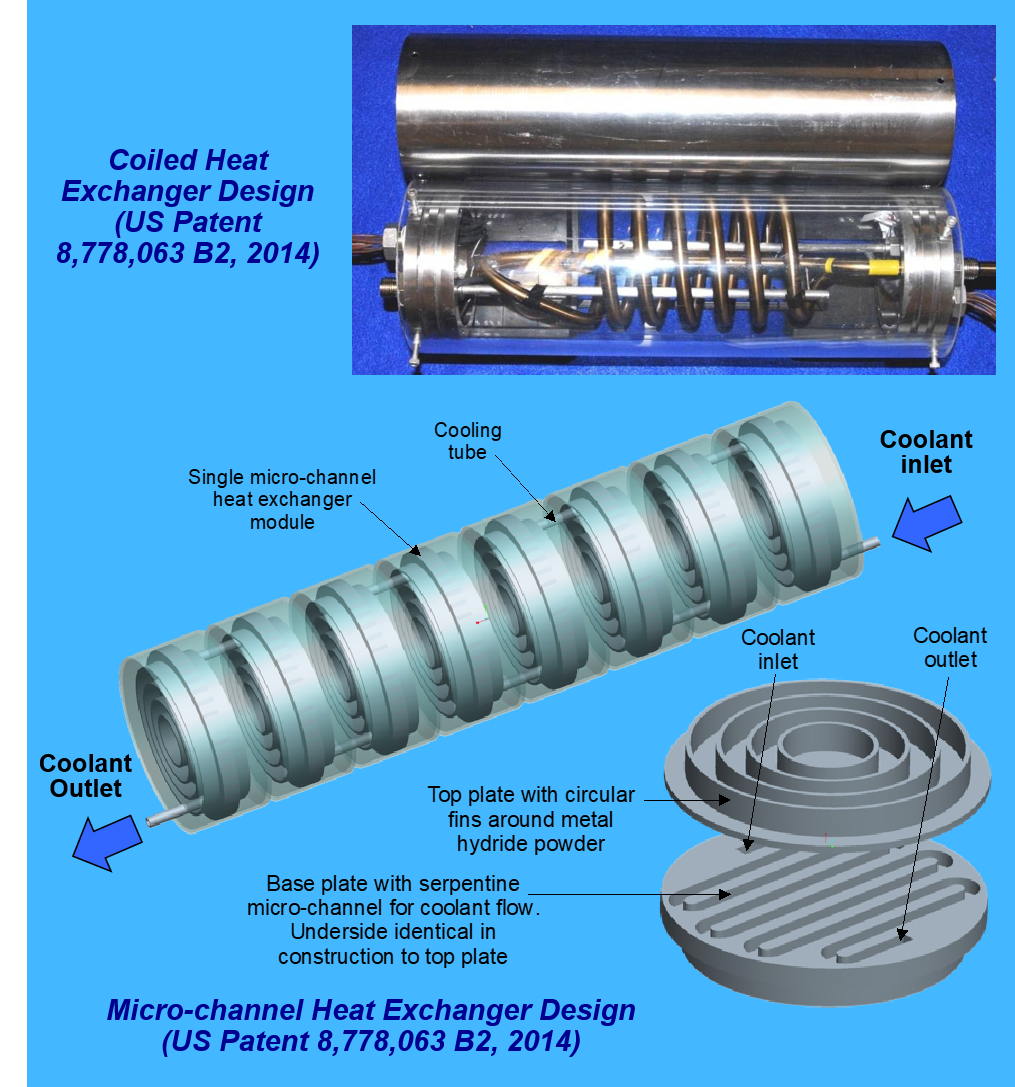