Note: The next few assignments will be based on this one.

Scenario: Your team will soon choose a leader. You will be given a list of names and a separate list of each person's "favorite" person on the team. You must create software that can calculate the new leader.

This assignment includes a warm-up exercise to help you get ready. This accounts for 10% of your score for HW07. Scoring will be relatively light, but the usual base requirements apply.

In warmup.c, you must replace every /* TODO */ comment with code. The only output is as shown. Fill in the rest of the code to make it work.

Here is the overview of what you are creating. (Some specifics have been moved to Requirements.)

Note: Type the declarations into your file manually. Do not copy-paste. (You learn more from typing code manually.)

When you are finished, it will look like this. 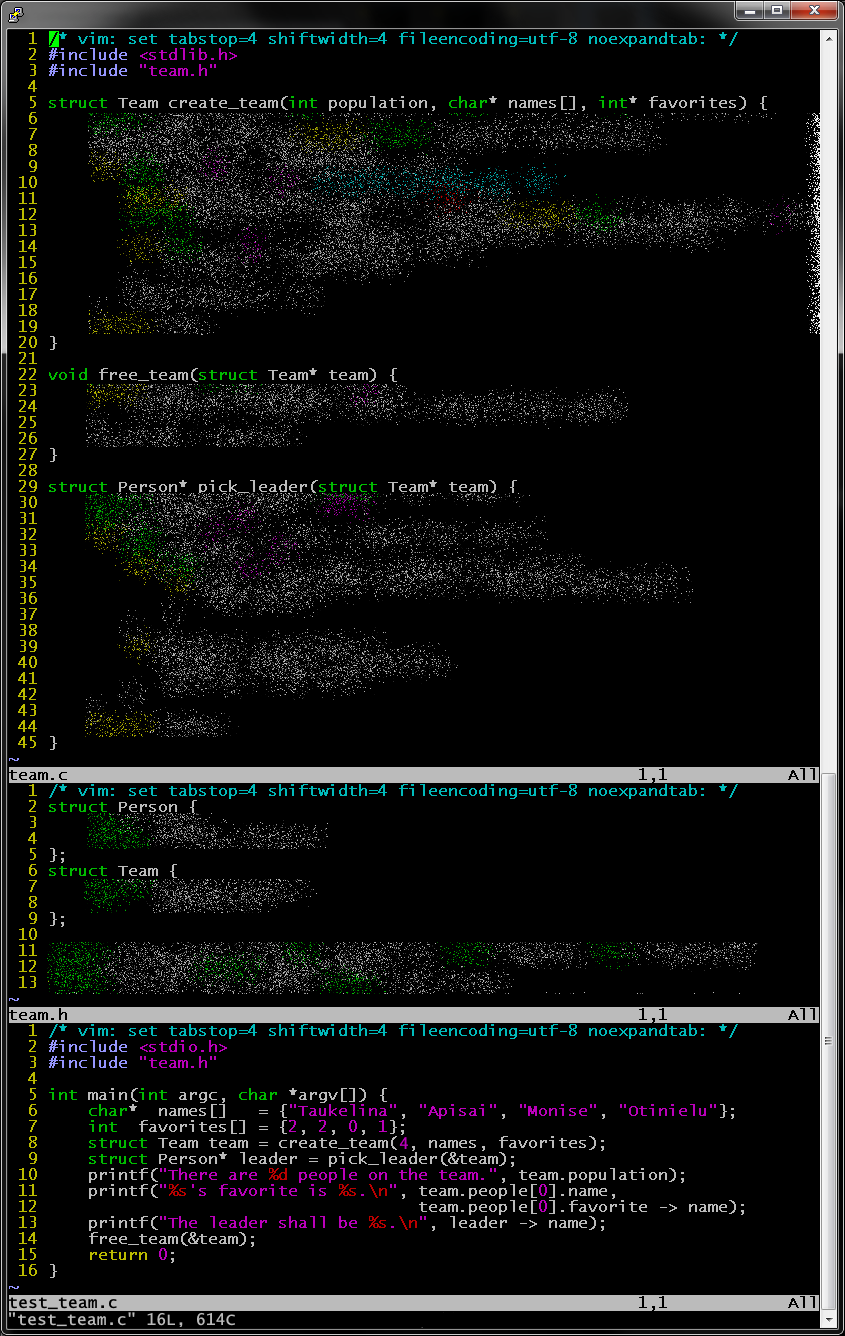 Reminder: Your test cases must be your own. Do not copy these or any other test cases.

This assignment is difficult. It won't require a lot of code, but expect to spend some time debugging and understanding the concepts.

9/26: Clarified where person name should reside, and how population==0 should be handled; added diagram; corrected return type of print_name(…) in warmup.c; moved most specification details to the Requirements table and elaborated on some items.