hw02.h declarations
declaration of print_integer(…)
hw02test.c functions
main(int argc, char✶ argv[])
→ return type: int
Test your print_integer(…). Your main(…) must return EXIT_SUCCESS (0). hw02test.txt output Expected output from running your hw02test.c. Either type the function signatures into your hw02.c or copy from your hw02.c. Copying from this web page won't work.

This is a little harder than it looks. Getting your print_integer(…) to work properly with any valid int is a puzzle that you need to solve. However, it does not require very much code. For example, the instructor's solution for print_integer(…) is only 18 sloc*

Here's a screenshot of all three files that you will be turning in. 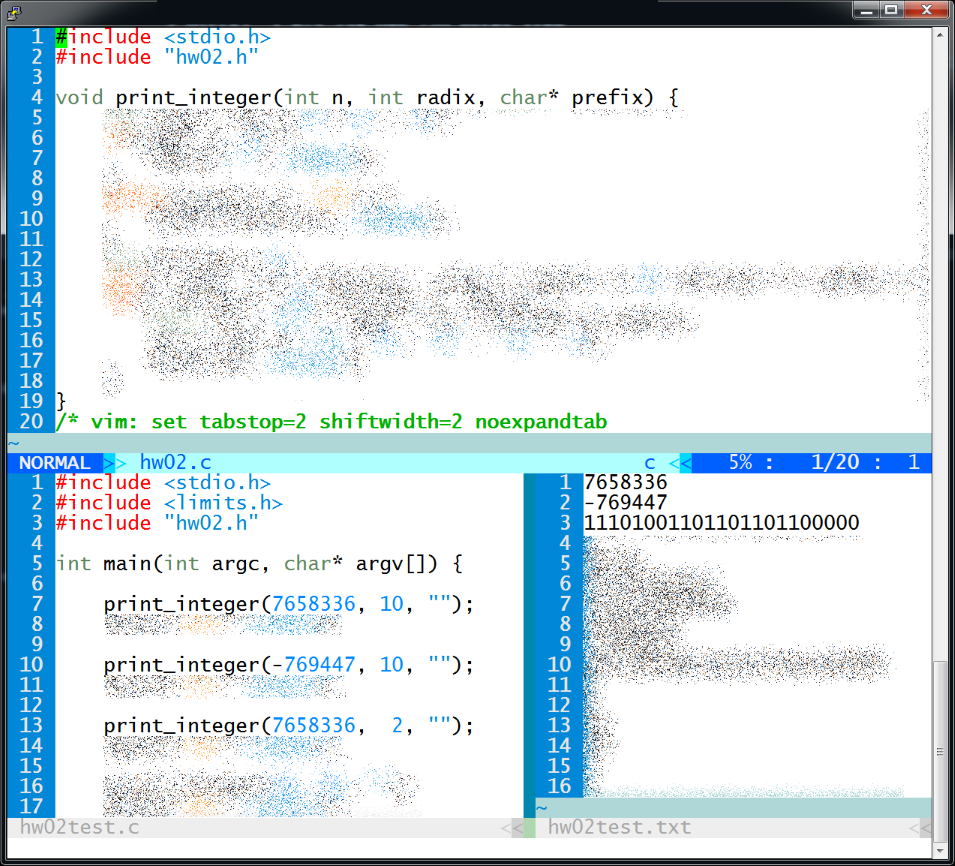