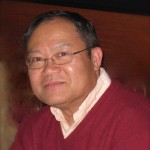 Dr. Lee was an IEEE Computer Society Distinguished Visitor in 1983-1986, the Organizer and Chairman of the 1988 NATO Advanced Research Workshop on Sensor-Based Robots: Algorithms and Architectures. He also served as Secretary and Vice-President for Technical Affairs of the IEEE Robotics and Automation Society (RAS) in 1988-1990 and 1990-1995, respectively. He was Program Chair of the 1996 IEEE International Conference on Robotics and Automation in Minneapolis, MN and the 1998 IEEE/RSJ International Conference on Intelligent Robots and Systems in Victoria, B.C., Canada.

Dr. Lee served as an Administrative Committee member and a Distinguished Lecturer of the IEEE RAS, and the General Chair of the 2003 IEEE/RSJ International Conference on Intelligent Robots and Systems held in Las Vegas, Nevada, on October 26-31, 2003. He currently serves as General Co-Chair of the 2006 IEEE International Conference on Robotics and Automation to be held in Orlando, Florida, on May 15-19, 2006.

Dr. Lee has directed over 20 Ph.D. dissertations. He is an IEEE Fellow and a recipient of the IEEE Third Millennium Medal Award.