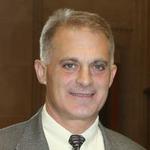 Dr. Wolf graduated from Purdue University, with Distinction, in Electrical Engineering then went on to Indiana University Medical School to receive his Doctor of Medicine. During this period he established himself as a pioneer in digital signal processing of medical ultrasonic signals and images. He joined the NASA Medical Sciences Division in 1984 as a researcher, biomedical engineer, and flight surgeon. His initial program was to produce the first echocardiograph for use on the Space Shuttle and evaluate the cardiovascular of microgravity spaceflight. Dr. Wolf then became the Chief Engineer leading the team in design of the medical facility now operational on the International Space Station. Following that, he became the Chief Engineer and then Program manager for the Space Bioreactor which led to numerous innovations, including 17 patents in Dr. Wolf's name, establishing the emerging field of tissue engineering. This technology is now commercialized and in world-wide use for regenerative medicine and cancer research. These accomplishments in combination with his experience as a senior U.S. Air Force flight surgeon and mission ready weapons officer in the F-4 Phantom jet, attaining the rank of Lt. Colonel, led to his selection as a NASA Astronaut in 1990. Dr. Wolf is a veteran of 4 spaceflights, 172 days in Space, and 7 spacewalks. His missions included a dedicated Spacelab mission investigating a broad range of human physiology, a long duration (128 day) mission as a Russian Cosmonaut on Space Station MIR conducting materials and biotechnology research, and two major construction missions of the International Space Station now on orbit. He is currently President and CEO of EarthTomorrow Inc., Aerospace Consulting; Founding Partner of SpektronSystems LLC, bringing disruptive innovative enhancement to the pharmaceutical industry, and is a professional speaker as well as Extraordinary Scientist in Residence for The Children's Museum of Indianapolis. Dr. Wolf has held leadership roles in multiple NASA programs with authority for asset expenditure in the 100+ million dollar range. He specializes in leadership of teams bringing disruptive change dedicated to improvement of the quality of life on Earth.