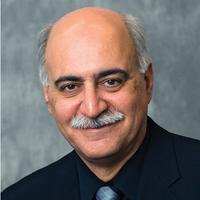 The Purdue University engineering education program was founded with the goal of transforming how engineers are educated.

Haghighi says change is critical if engineering is to help address challenges facing the world.

“The global challenges facing engineering as a profession have been growing,” says Haghighi, who stepped down as head of the school in 2009 because he is suffering from amyotrophic lateral sclerosis. He lists the global economy and marketplace, the rapid pace of technological innovations, the need for multidisciplinary approaches in emerging areas, and outsourcing of engineering jobs and products as a few of those challenges.

“These issues have challenged the analytical skills, creativity and leadership of engineers and demand participation of engineers, and their leadership, in public life and service, as well as in new sustainable enterprises,” he says.

Unfortunately, according to Haghighi, how engineers are trained has “not been guided by research and knowledge about how people learn to engineer.”

“There are a large number of engineers about to retire. The makeup of engineering doesn’t reflect much diversity. And, engineering needs to change to meet the challenges of society.”

There have not been enough learning scientists and scholars interested in educating engineers, Haghighi explains, and the few who are have not received adequate support and recognition.

He says that since their research calls for strong collaboration and engagement with social sciences, psychology, anthropology, educational sciences, statistics, library sciences and technology, their work is often thought to be “soft” by the mainstream engineering community.

“Above all, these scholars never had an academic home to come together to form a critical mass, to enjoy the support of their institutions, like any other school,” Haghighi says, “and to have the academic freedom and safety to do their work and be properly recognized for it.”

That is the context in which he and the College of Engineering at Purdue “felt that there is a need to fundamentally transform the education of our students and to develop and implement an innovative approach that would represent a total paradigm shift to all the existing models.”

“Challenges of this magnitude and scale can only be addressed by bold and innovative approaches such as the one that we undertook at Purdue in 2004,” he said.

That’s when the Department of Engineering Education, the first of its kind in the world, was established as a new academic unit within the College of Engineering.

Professor David Radcliffe, current head of engineering education at Purdue, says the naming of the headship is a tribute to Haghighi.

“The short story is that engineering education is a critical part for the development of engineers in the future,” Radcliffe says. “There are a large number of engineers about to retire. The makeup of engineering doesn’t reflect much diversity. And, engineering needs to change to meet the challenges of society.

“This was established as an academic unit. We’re unique. We have an outstanding level of
research funding. It’s all due to the drive and vision of Kamyar. It’s one thing to have a great idea. It’s something else to have the drive and determination to make it a reality.”

Haghighi says the department was established as a way for scholars to answer the big questions, such as “What are the characteristics of engineering learning and knowing? And how can we best prepare engineers for their role in society?”

Within the overarching goal of transforming engineering education, Haghighi envisions these specific goals:

Develop and empower agents of change. “Empower all members of the school to contribute to the success of our integrated, multifaceted mission while achieving their professional goals and aspirations.”

Grow the community. “Identify and build strategic global partnerships and collaborations to elevate our research capabilities … while simultaneously facilitating the sharing of experiences across the global community of engineering education scholars.”

He earned his master’s degree and doctorate from Michigan State University. He received his bachelor’s degree from Pahlavi University in Shiraz, Iran.

Haghighi has taught undergraduate and graduate courses in machine design and finite element analysis during his career. He has obtained more than $13 million in research funding as principal or co-principal investigator.

The S.D. Bechtel Jr. Foundation was started by Stephen Bechtel, who earned a bachelor’s degree in civil engineering from Purdue in 1946 and an honorary doctorate in engineering in 1972. He was also chairman of Bechtel Group Inc. located in San Francisco, one of the nation’s largest engineering and construction companies. He was named president of the company in 1960 and became chairman in 1973.

“It is extremely generous of the S.D. Bechtel Jr. Foundation and Mr. Bechtel to create this endowment and forever mark their legacy on our school,” Haghighi says. “This has been an amazing partnership from the beginning, and the support from the foundation has been critical to our accomplishments.

“On a more personal note, it is an honor for me to be recognized in such a wonderful and lasting way by the Bechtel Foundation and by a distinguished leader, Mr. Bechtel.”