“The skills gap in hands-on trades and emerging technology is real,” says Karthik Ramani, the Donald W. Feddersen Distinguished Professor in Mechanical Engineering and principal investigator for the project. “Today, one of the best ways to transfer hands-on skills is through the traditional one-on-one apprenticeship model. However, it is costly and not scalable. Skill-XR is all about boosting that skill transfer in a timely manner and enabling it to happen anywhere at any scale.”

The “X” in “Skill-XR” stands for a range of technologies that includes augmented reality (AR), virtual reality (VR), and extended reality (XR). For example, a newly hired factory worker may wear augmented reality glasses while being trained on a piece of equipment and see graphics overlaid on the machine about how to operate the controls. The instant feedback upon performing the task correctly ensures that workers are trained quickly, effectively and safely.

“In this generation, YouTube videos have become stand-in educators,” Ramani says. “People turn to YouTube to figure out how to tie a tie, change a tire or cook a meal. We want to push that concept into the next dimension so that it’s no longer just a 2D video on a screen, but it’s an augmented reality experience that actually responds to you and gives you feedback.”

Anyone can produce a YouTube video with today’s technology, but the same is not true of augmented reality. Most AR experiences involve complex programming and other specialized skills that companies don’t have and cannot afford to purchase. Skill-XR will level that playing field, enabling anyone to generate an augmented reality experience, whether it’s in the factory, the classroom or their own home. It’s also designed to be platform-agnostic, able to be implemented in whatever new devices or mixed-reality technologies develop in the marketplace.

“It’s one thing to have a person with skills or knowledge, who shares that knowledge with a handful of others in a room,” Ramani says. “Technology will allow that same person in the same room to teach those same hands-on skills to thousands or even millions. As we’ve seen from the COVID-19 pandemic, remote learning is now a vital piece of our everyday lives.” 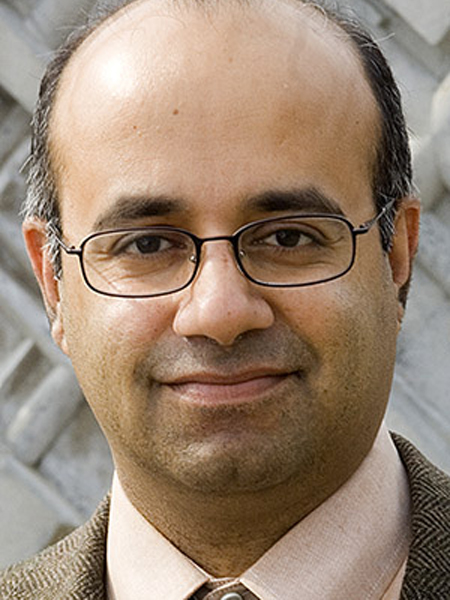 “In this generation, YouTube videos have become stand-in educators”

If you have trouble accessing this page because of a disability, please contact the Webmaster at webmaster@ecn.purdue.edu
© 2021 Purdue University
An equal access/equal opportunity university