Donated by Ames Construction in cooperation with Minnesota DOT

The MNDOT web page stated that although the current bridge had no weight restrictions and operated at an acceptable level of service, there were a couple of problems with the bridge and surrounding roadways that motivated its replacement.  Such as:

The bridge specimens donated to S-BRITE showcase simple and effective retrofits that were performed at the intersection of welds on the lateral gusset plate details.  This retrofit was most likely performed following the fracture of a girder on the Lafayette St. Bridge near St. Paul Minnesota in 1975. 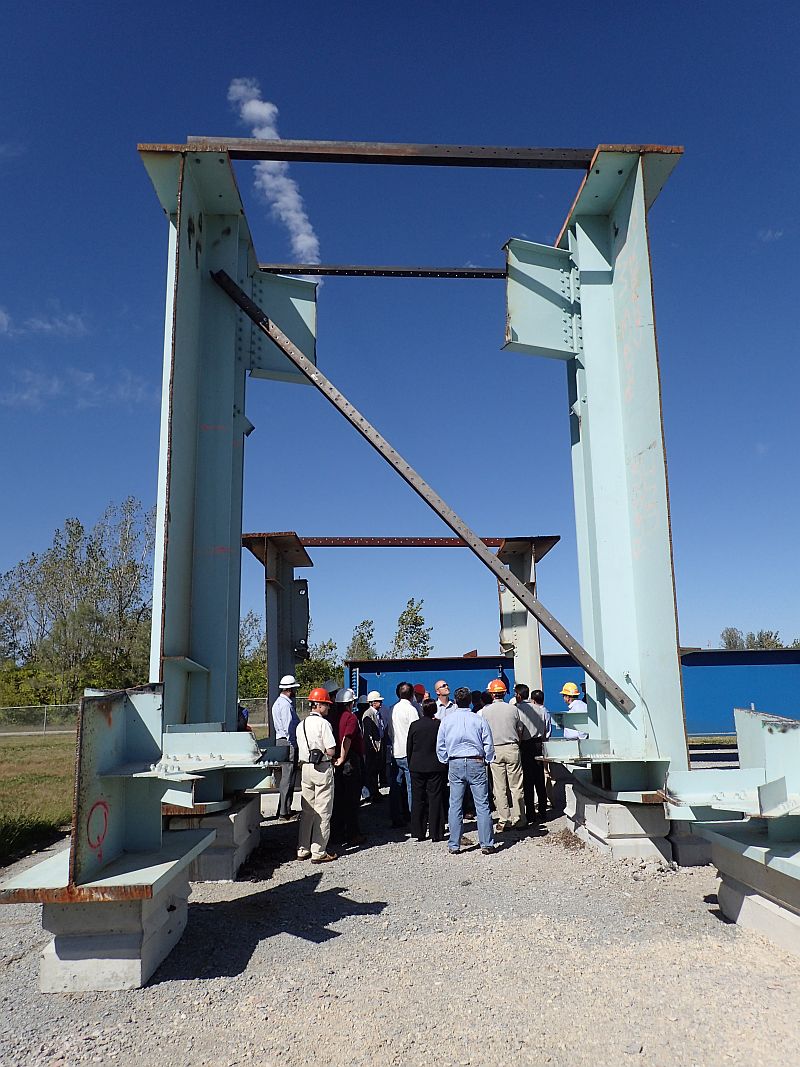