The Burlington Bridge was located between Burlington, Iowa and Gulf Port, Illinois and crossed over the Mississippi River. It was a vital part of the United States transcontinental railway routes. The bridge was originally built as a single track rod-iron bridge in 1868. In 1893, the superstructure was replaced with a double-track open deck steel bridge to handle the growing rail demand with longer and heavier trains. The original masonry piers were reinforced and extended to support the new bridge structure.

A swing span bridge is a moveable bridge that rotates about the pivot pier’s vertical axis. Waterway traffic can travel on either side of the pivot pier. However, this limits the width of the navigation channel to half the length of the swing span.

A study done by the Bridge Allision Work Group found that the Burlington Railroad Bridge was the third most frequently struck bridge by barges or towing vessels in the US. There were 92 recorded collisions between 1992 and 2001. Since the number of collisions was not proportional with the barge or towing vessel traffic volume, it was concluded that the bridge’s characteristics or location on the river was a factor in collision rates. The swing span bridge was replaced in 2012 with a vertical-lift truss bridge. The vertical-lift bridge effectively doubled the width of the navigation channel, with the hopes of decreasing collisions. 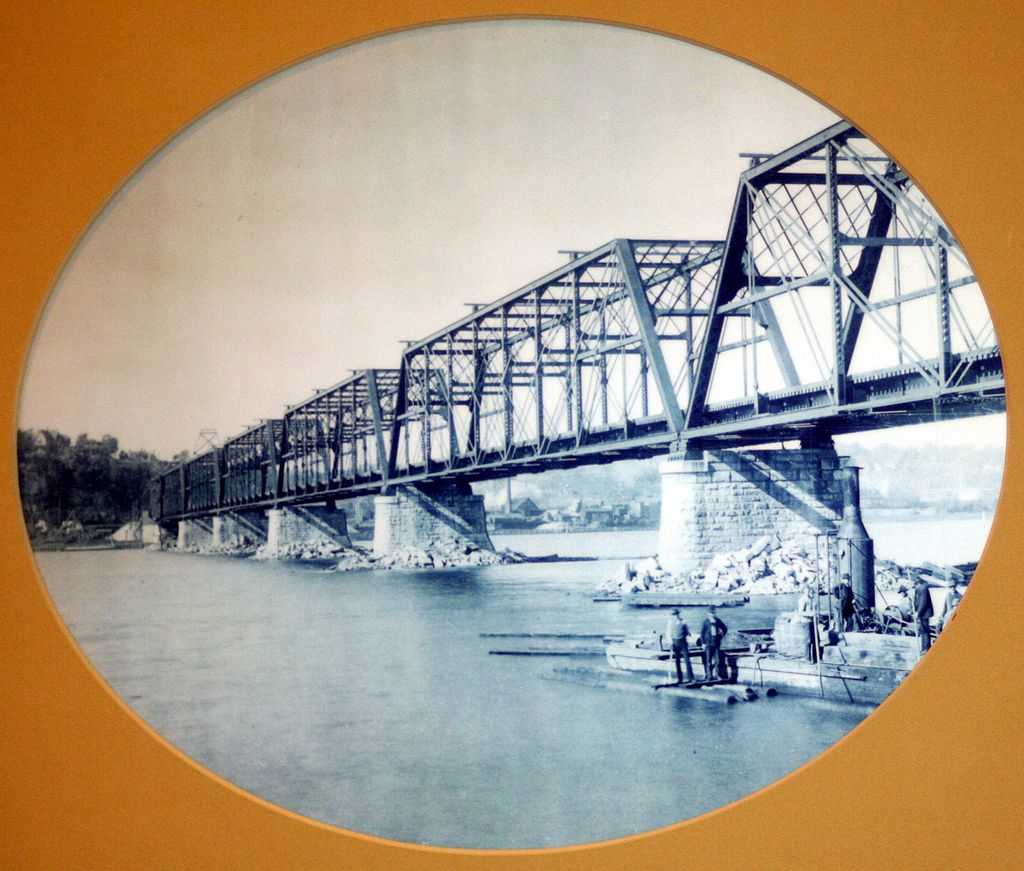