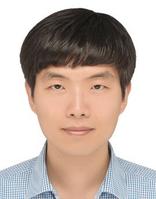 Simultaneous localization and mapping (SLAM) is a quintessential problem in cyber-physical systems with wide-spread applications in mobile robotics, self-driving vehicles, AR, VR, etc. While computational methods and hardware demonstrations based on filtering or keyframe techniques are popular, we recognize that ultra-low-power edge-robotics requires circuit solutions that will significantly reduce the power consumption. Interestingly, biological systems can solve SLAM with extreme energy-efficiencies by employing methods that are robust, flexible, and well-integrated into the creatures’ sensory systems. Particularly rodents have shown this extraordinary ability to store and organize visual cues so that a brief sequence of visual cues can globally re-localize the animal. Further, the neural recordings of the rodent hippocampus have led to the discovery of place cells and head direction cells which show striking correlation with mapping tasks. This led to the recent development of a neuromorphic vision-based SLAM algorithm with great success on benchmark tasks. In this talk, we present NeuroSLAM, a spiking neural network (SNN)-based mixed-signal oscillatory circuit, coupled with a lightweight vision system that provides odometry and appearance information. We demonstrate a 65nm test-chip integrated on a mobile robot, performing visual-SLAM at 17.27 mW (23.82 mW) with a net energy-efficiency of 7.25 TOPS/W (8.97 TOPS/W).