A team of four helped with our quarterly volunteer effort to Fill the Pantry at Food Finders Food Bank warehouse on Friday, July 6. Garett Pignotti, Sean Tormoehlen, Sushant Mehan, and Carol Weaver spent two hours sorting 3,195 pounds of meat into categories (8 lbs or less, more than 8 lbs, miscellaneous), labeling packages, and packing cartons to be distributed to area food pantries. Kier Crites Scherger is the chief operating officer, "We can't thank you enough for your support and your volunteer time and your staff setting aside time to help us with our mission!" Meat donated by Publix can be on local tables in less than two weeks. Our last scheduled session for 2018 will be Friday, October 5, 1-3 pm at the warehouse on the corner of Heath and 10th Streets. Our hours donated count stands at 52 hours! Based on participation, we will evaluate whether to continue into 2019.

The Indiana Master Gardener Conference was held at the Hendricks County Fairgrounds in Danville, Indiana.  Steve Swain, Indiana AgrAbility rural rehabilitation specialist, presented a session on Gardening Tools for People with Disabilities.  The presentation included accessibility features to the garden, in the garden, and tools to make gardening easier.  Many tools were displayed as examples

The Indiana FFA Convention was held at Purdue University in the Elliot Hall of Music with over 2,000 FFA members attending. Among the awards presented was the Indiana AgrAbility Bridging Horizons Community Service Contest winners. Each entry was awarded $100 with the first-place winner receiving an additional $500 and second-place winner receiving an additional $250. The first-place winner was South Putnam FFA with their entry where they cleared a nature trail of trees, rocks, and other debris and repaired bridges making the trail accessible to all. The second-place winner was the North Miami FFA Chapter. Their project was to construct ramps for the stage in the school so that a chapter member in a wheelchair as well as others could access the stage for graduation.

Chuck Baldwin, National AgrAbility Project’s special population outreach coordinator, and Dr. Danyele Clingan, OTD, staffed an AgrAbility booth at the annual Amish Handicap [sic] Gathering just outside of Berlin, OH, June 8-9. Between 500 and 600 Amish and Old Order Mennonites impacted by disability attended the gathering from at least ten different states and Canada. Among the states represented were FL, IL, IN, IA, KY, MI, MO, OH, PA, and VA. AgrAbility was well-received and, for both Chuck and Danyele, and it was an encouraging time to see so many people meet for the sole purpose of encouraging each other to live life fully in spite of their disabilities.

Several attendees stopped by to talk with Danyele about their disabilities and to receive advice from her on how to ease their pain and work. Danyele also seemed to attract attention from a number of the Amish children, opening the door for discussions with their parents. During one of those discussions, it was learned that in some states, like Ohio, Amish communities have their own school(s) for children with disabilities, while in many states, Amish children must attend public schools in order to receive the special attention they need.

Among the good contacts made was the organizer of next year’s Handicap Gathering to be held June 7-8, 2019, in Dayton, VA. He warmly invited AgrAbility to be a part of that future Gathering. 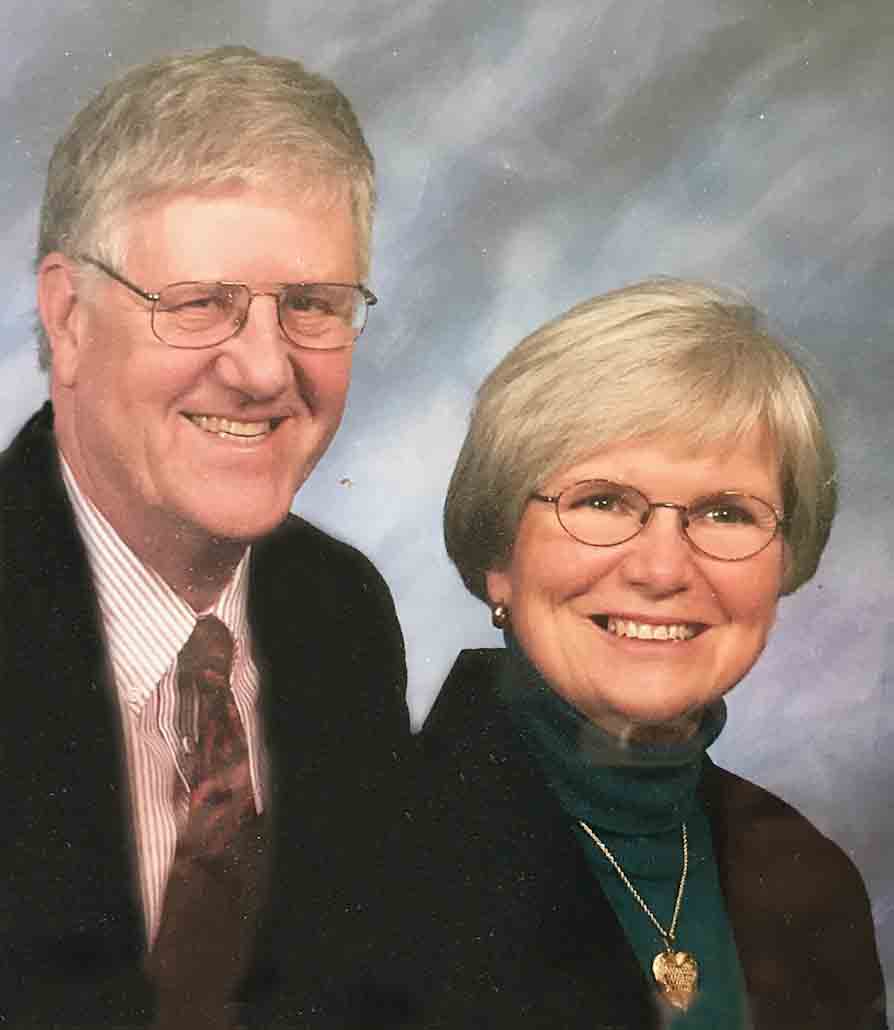 On Friday, June 30, 2018, Dr. Gary and Barb Krutz celebrated their golden wedding anniversary. Congratulations, and here's to at least 50 more!