Reliable performance of many modern cutting-edge applications is highly dependent upon the ability to dissipate enormous amounts of heat per unit area. They include fusion reactors, particle accelerators, and directed energy laser and microwave systems. 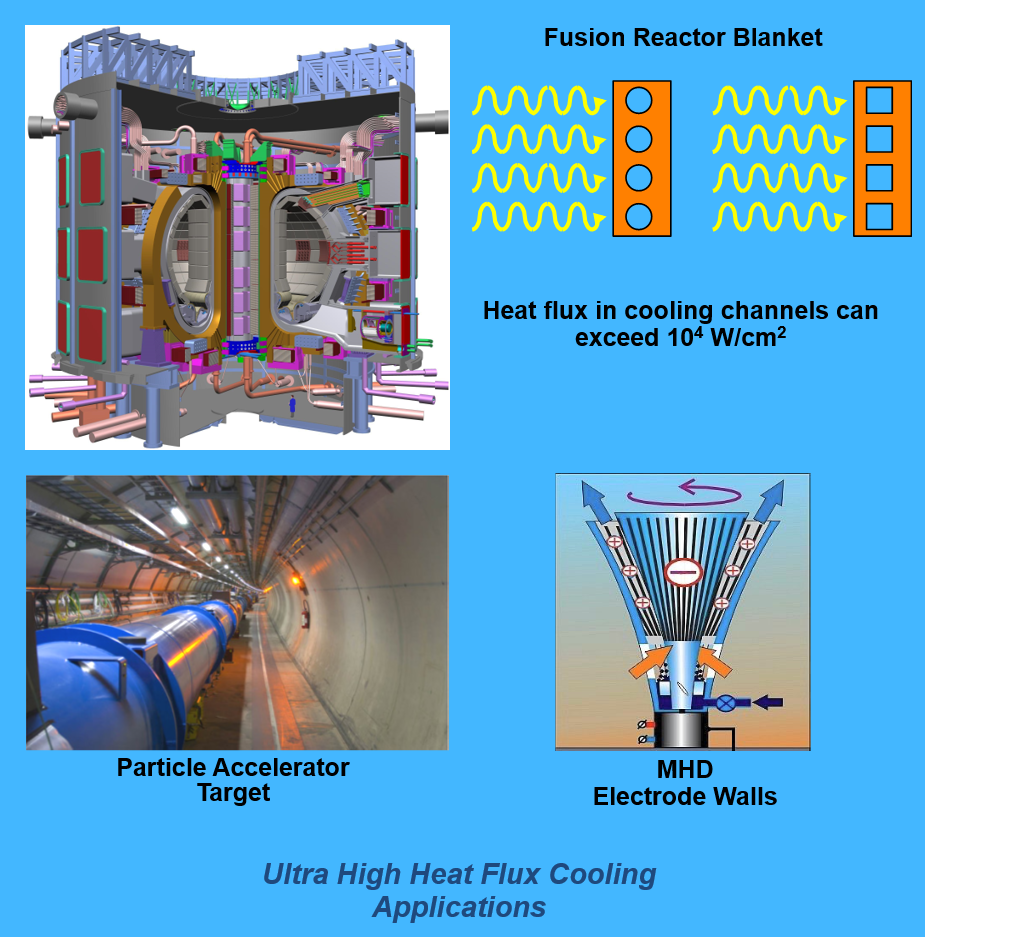 Modern fusion reactors are based on the ‘tokomak’ concept of magnetic containment where the plasma is confined in a donut-shaped vacuum vessel. A mixture of Deuterium and Tritium, both hydrogen isotopes, is heated to over 150 million °C to form a hot plasma. A combination of strong magnetic fields that are produced by superconducting coils that surround the vessel, and an electrical current through the plasma, keeps the plasma away from the walls. The fusion reactor blanket is one of the most critical components of a fusion reactor because it extracts fusion power for generating electricity from the reactor’s core. The ‘first-wall’ of the reactor is the wall of the blanket directly facing the fusion plasma. This wall is exposed to extremely high heat fluxes and neutron loads from the plasma. To endure these conditions, the first wall consists of thin outer panels made from a high conductivity material such as beryllium or copper to protect the surface from the plasma particles, and is cooled from behind by many small coolant channels. Heat fluxes encountered in the cooling channels are among the highest ever reported, some exceeding 104 W/cm2. Since these heat fluxes exceed the critical heat flux (CHF) attainable with common flow boiling systems, the ability to both greatly increase and accurately predict CHF is of paramount importance to fusion reactor blanket design.

To tackle extreme heat loads in fusion reactor blankets and other applications, our team experimentally explored water flow boiling conditions that insure operation in the nucleate boiling regime safely below CHF. A combination of very high mass velocity, small tube diameter, and very high subcooling yielded the highest CHF of 27,600 W/cm2 ever reported in the literature for a uniformly heated tube, eclipsing the prior World record of 22,800 W/cm2 achieved by Soviet researchers in the mid-1960s. 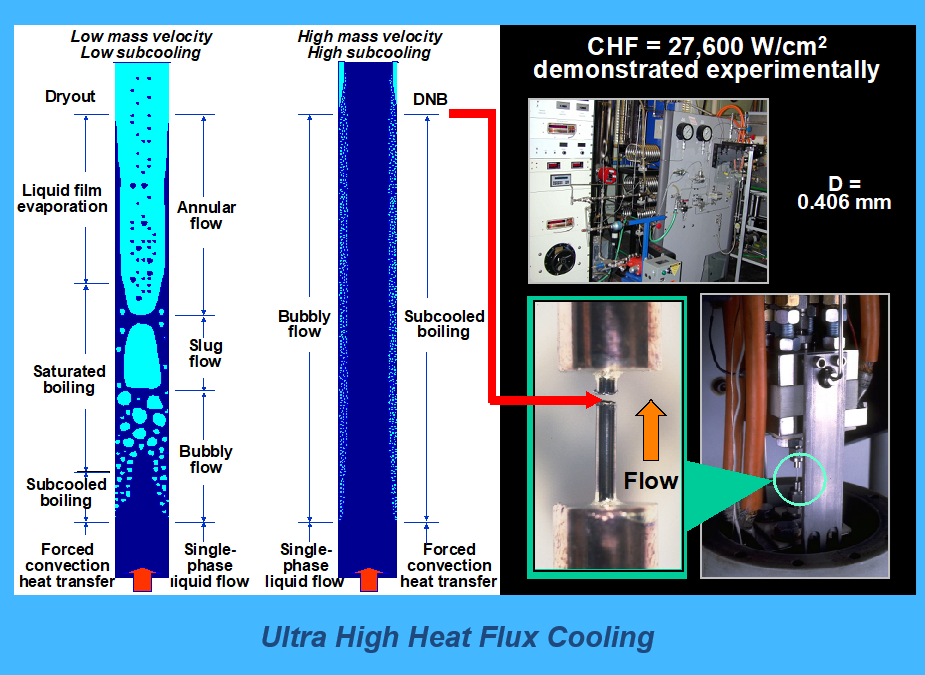 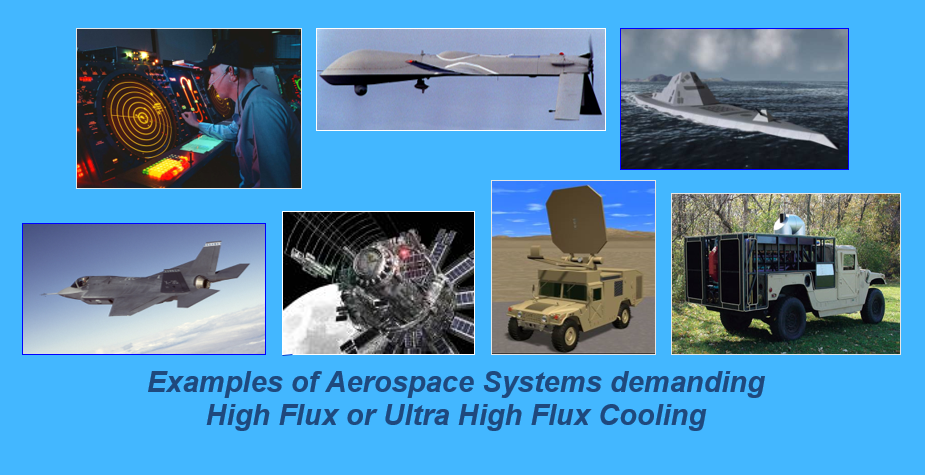